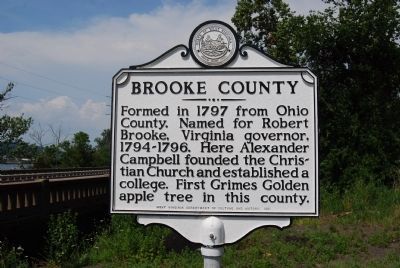 Ohio County
(North Face)
Formed in 1776 from West Augusta. Named for the river which bears an Indian name meaning "Beautiful River". Scene of the last battle of the Revolution, 1782. Visited by Washington, LaSalle, Celoron, Gist and later explorers.

Other nearby markers. At least 8 other markers are within 6 miles of this marker, measured as the crow flies. Beech Bottom Fort (approx. 3.3 miles away); West Liberty 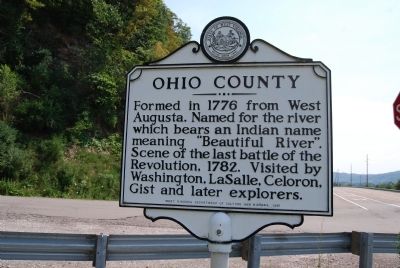 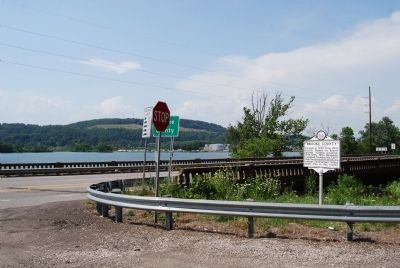 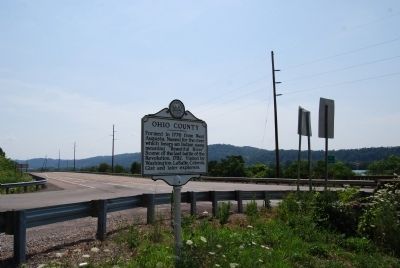