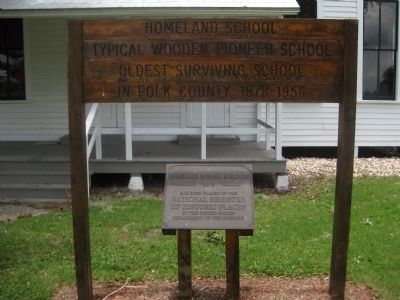 Photographed By AGS Media, June 27, 2012
1. Homeland School Marker
Inscription.
Homeland School. Typical Wooden Pioneer School.
Homeland School Building , 1878 , Has been placed on the National Register Of Historic Places By the United States Department of the Interior. . This historical marker was erected by Homeland Heritage Park. It is in Homeland in Polk County Florida

Topics. This historical marker is listed in these topic lists: Education • Settlements & Settlers. A significant historical year for this entry is 1878.

Location. 27° 49.128′ N, 81° 49.716′ W. Marker is in Homeland, Florida, in Polk County. Marker is on Church Avenue south of 2nd Street, on the right when traveling south. The marker stands in front of the old school building on the grounds of the Homeland Heritage Park, an educational and historical park operated by Polk County. Touch for map. Marker is at or near this postal address: 249 Church Avenue, Homeland FL 33847, United States of America. Touch for directions.

Other nearby markers. At least 8 other markers are within 6 miles of this marker, measured as the crow flies. Historic Kissengen Spring (approx. 1½ miles away); The W. Henry Lewis House (approx. 4.7 miles away); Site of Fort Meade (approx. 4.8 miles away); 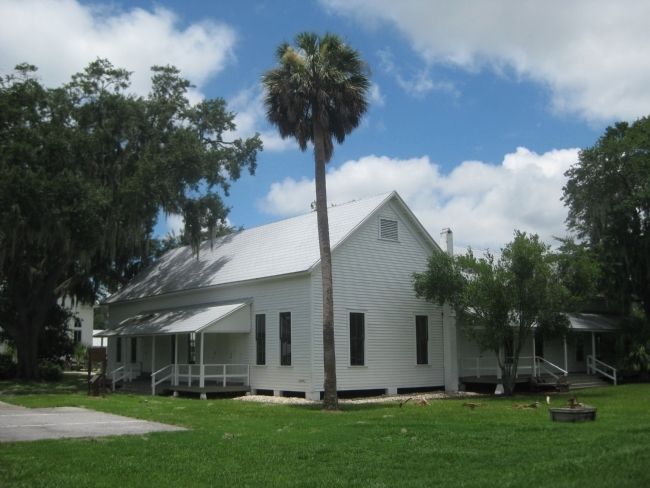 More about this marker. The marker consists of a large wooden sign which is mounted on two posts directly over a metal plaque also mounted on two posts. The above marker title and subtitles appear on the wooden portion and the metal portion holds the inscription.

Regarding Homeland School. The main portion of the wooden schoolhouse opened in 1878 under the name "Bethel Academy" to educate children in and around the town of Bethel, as Homeland was originally known. Student enrollment quickly grew from five to 60, and within ten years stood at 75. To accommodate growth, the original structure saw a room added in 1888; while in 1910, a large addition was constructed to give the building its current L-shape. Classes continued to be held at the Homeland School until 1956.

After the school's closure, the building was maintained for the purpose of establishing a museum/historical park to preserve the early history of Polk County and demonstrate how the area's pioneer settlers lived. Official progress was made in 1985, when the Polk County School Board deeded the building and surrounding land to the Board of County Commissioners for the purpose of establishing the Homeland Heritage Park. The 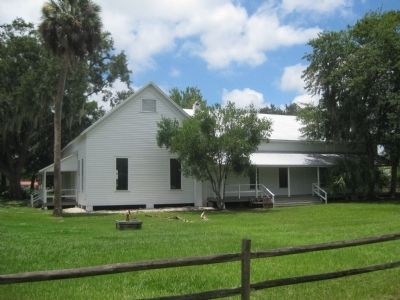 Photographed By AGS Media, June 27, 2012
3. Homeland School
five-acre park contains five historical buildings, of which only the school is original to the property. The remaining buildings were relocated to the site from various parts of Polk County.

Today, as a function of the park, the Homeland School building is regularly home to educational programs geared toward elementary grades and adults, as well as community-wide historical festivals and cultural events.

The Homeland School building was added to the National Register of Historic Places in 2007 (ref #07000001). It is the only structure of this status within the park. 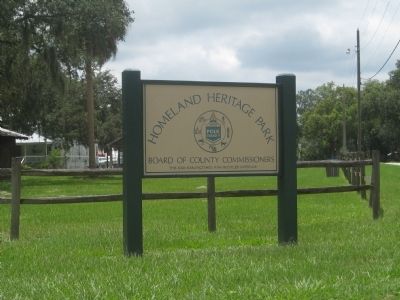 Photographed By AGS Media, June 27, 2012
4. Sign for Homeland Heritage Park
Operated by the Polk County Board of County Commissioners 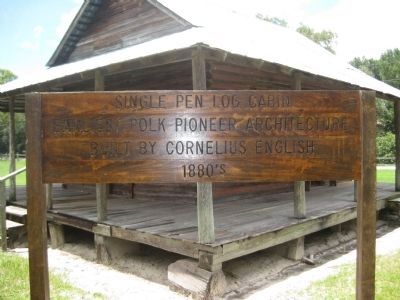 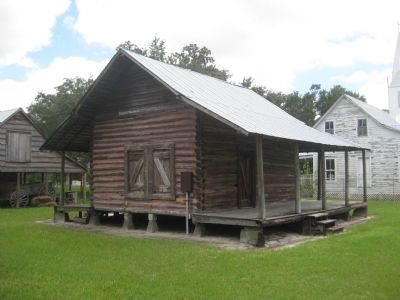 Photographed By AGS Media, June 27, 2012
6. English Log Cabin
Built of cypress logs by Mr. English in 1888, the cabin was a family residence until the 1900s. It remained a recreational cabin until donated to the park by the English family in 1989. A second structure, the pole barn, was given by the same family to display various farm implements and tools. 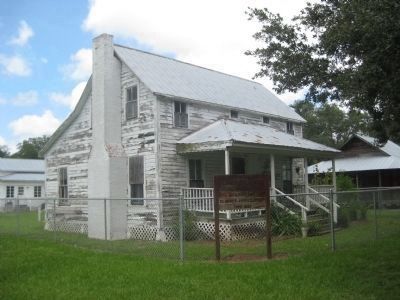 Photographed By AGS Media, June 27, 2012
7. Raulerson House
Raulerson family residence from 1900 - 1912, it remained with the family until it was given to the park in 1987. Their orange grove foreman and his family lived on the second floor, which had a separate entrance. The house was never upgraded with running water or indoor plumbing. It originally stood west of Lakeland along County Line Road at Interstate 4. 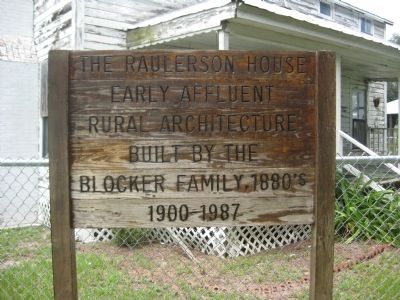 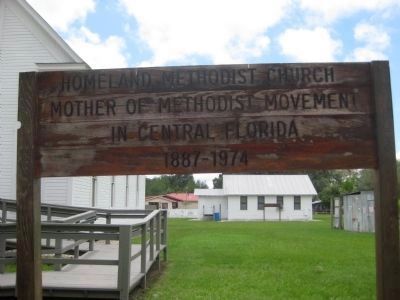 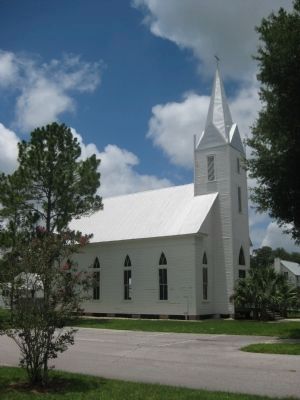 Photographed By AGS Media, June 27, 2012
10. Homeland Methodist Church
Built in 1887 as Bethel Methodist Church, the building stood at its original location about three quarters of a mile away until 1986, when it was relocated to Homeland Heritage Park. Its aluminum steeple replaced a wooden original which was destroyed in 1946 by a hurricane. The church congregation dissolved in 1974 and the building was donated to the county.
Credits. This page was last revised on June 4, 2018. It was originally submitted on July 8, 2012, by Glenn Sheffield of Tampa, Florida. This page has been viewed 597 times since then and 55 times this year. Photos:   1, 2, 3, 4, 5, 6, 7, 8, 9, 10. submitted on July 8, 2012, by Glenn Sheffield of Tampa, Florida. • Craig Swain was the editor who published this page.
Share this page.