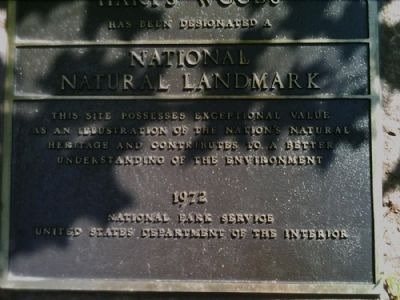 Photographed By Yugoboy, July 9, 2012
1. Hart's Woods Marker
Inscription.
Hart's Woods. . Has been designated a National Natural Landmark This site possesses exceptional value as an illustration of the nation's natural heritage and contributes to a better understanding of the environment . This historical marker was erected in 1972 by National Park Service, United States Department of the Interior. It is in Fairport in Monroe County New York

Topics and series. This historical marker is listed in these topic lists: Environment • Science & Medicine. In addition, it is included in the National Natural Landmarks series list.

Location. 43° 5.238′ N, 77° 26.993′ W. Marker is in Fairport, New York, in Monroe County. Marker can be reached from Clarkes Crossing. This marker is off a pedestrian path from Clarkes Crossing to Minerva Deland Junior High School. I've included a copy of the Google Maps "hybrid" map of the site for reference in the images below. Touch for map. Marker is in this post office area: Fairport NY 14450, United States of America. Touch for directions. 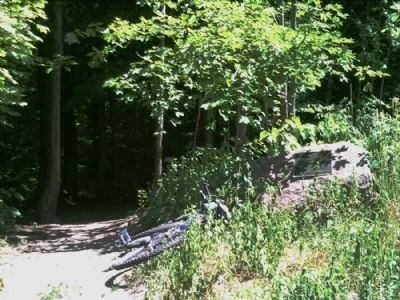 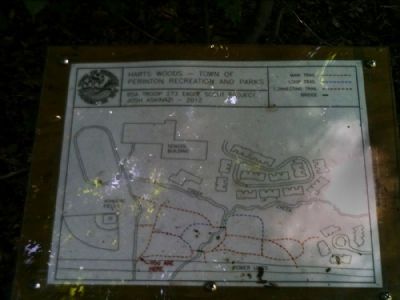 Photographed By Yugoboy, July 9, 2012
3. Hart's Woods Trail Map
As can be seen, this trail map was put together as an Eagle Scout project. It's pretty well done. All the trails are marked and color coded. The trails are also quite bike-able, if you have a mountain bike. 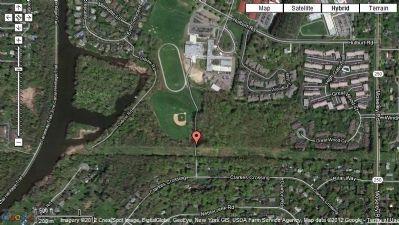 Photographed By Yugoboy, July 23, 2012
4. Hart's Woods as seen by Google Maps
Red map marker corresponds to "You are here" labeled on the Trail Map 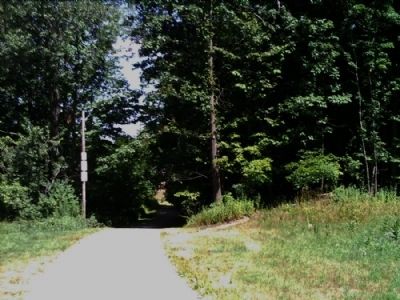 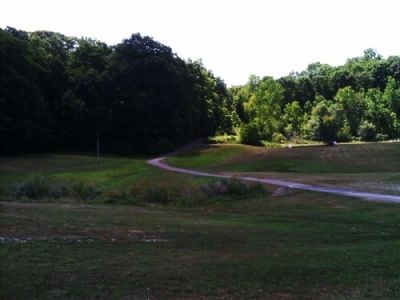