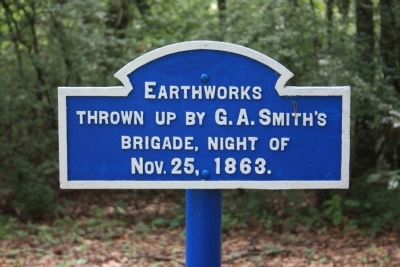 Photographed By Dale K. Benington, July 17, 2012
1. Earthworks Marker
Inscription.
Earthworks. G. A. Smith's Brigade.
Earthworks Thrown up by G.A. Smith's Brigade, night of Nov. 25, 1863. . This historical marker was erected in 1890 by the Chickamauga-Chattanooga National Battlefield Commission. It is in Chattanooga in Hamilton County Tennessee

Topics. This historical marker is listed in this topic list: War, US Civil. A significant historical month for this entry is October 1863.

Location. 35° 4.29′ N, 85° 14.344′ W. Marker is in Chattanooga, Tennessee, in Hamilton County. Marker can be reached from North Crest Road north of Lightfoot Mill Road. This historic marker is located in the Sherman Reservation, up on the hill called the "Sherman Heights," due north of the Iowa monument, up on the crest of the hill. Touch for map. Marker is in this post office area: Chattanooga TN 37404, United States of America. Touch for directions. 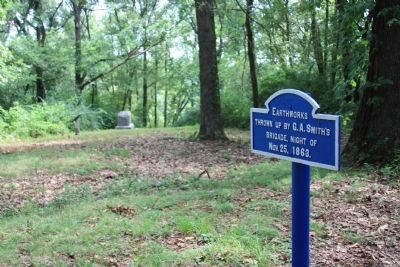 Photographed By Dale K. Benington, July 17, 2012
2. Earthworks Marker
View from the site of the Union earthworks on the summit of "Sherman Heights" northward towards the 116th Illinois Monument.

More about this marker. Because of its location in the Sherman Reservation it cannot be reached by car and can only be reached by foot. I would suggest parking your car in the provided parking area on Lightfoot Mill Road and then walking north on North Crest Road. You will reach a spot on this road where there is a locked gate barring further vehicle traffic on the road, but not foot traffic. Continue to walk all the way to the end of North Crest Road. Once there you will see a pathway that goes from the end of the road to the center of the gorge that separates "Tunnel Hill" to your south and "Sherman Heights" to your north. This historic marker is to the north on "Sherman Heights."

Regarding Earthworks. This historic marker is situated along the physical remains of the Union earthworks that are still visible along the top of the "Sherman Heights." 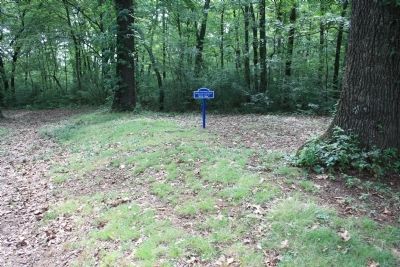 Photographed By Dale K. Benington, July 17, 2012
3. Earthworks Marker
View of the historic marker situated along the remains of the Union earthworks on the summit of "Sherman Heights." 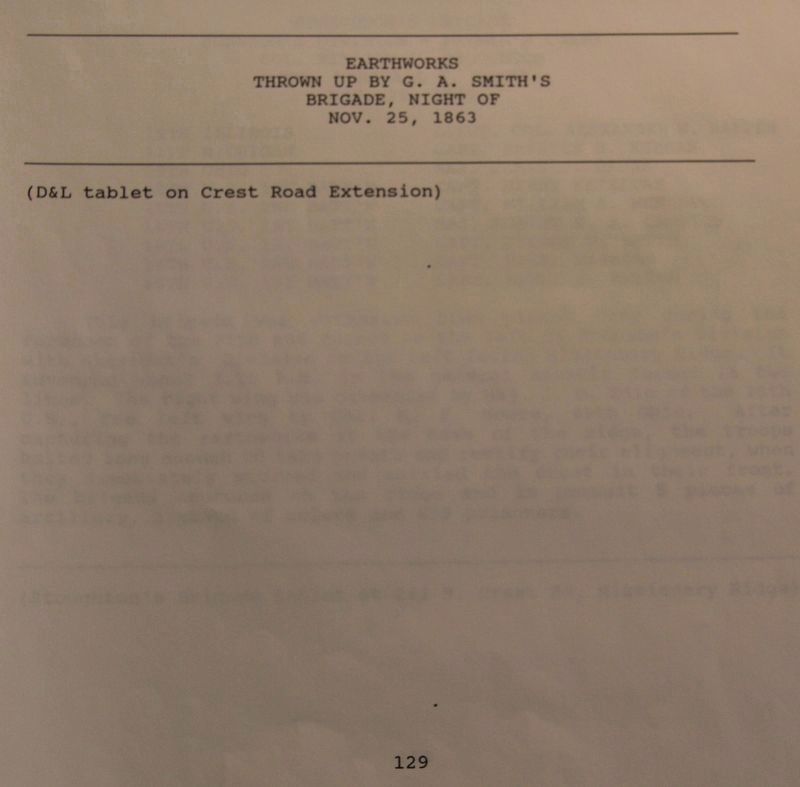