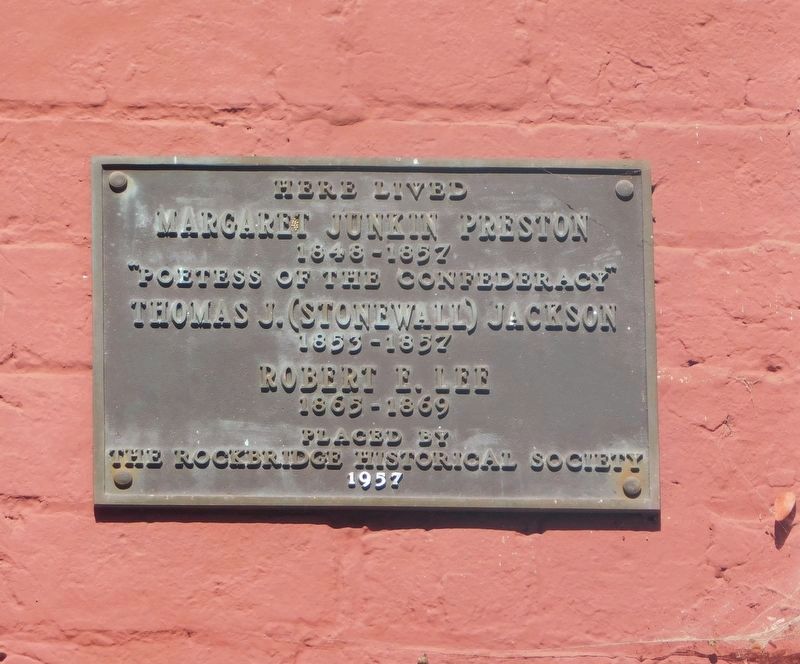 Placed by
The Rockbridge Historical Society
1957

Topics. This historical marker is listed in this topic list: Notable Buildings. A significant historical year for this entry is 1848. 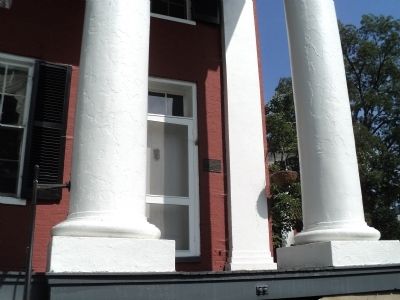 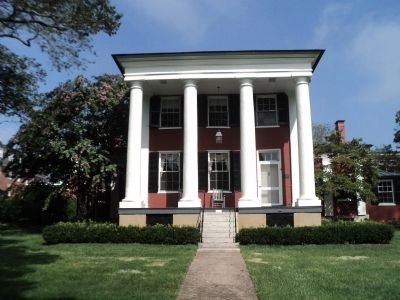 Photographed By Bill Coughlin, August 21, 2012
3. Lee-Jackson House at Wash. & Lee Univ.
The marker can be seen on the front of the building, to the left of the rightmost pillar. 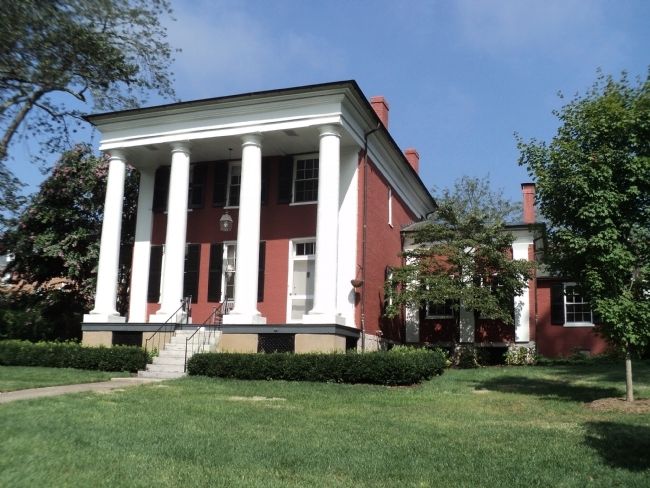