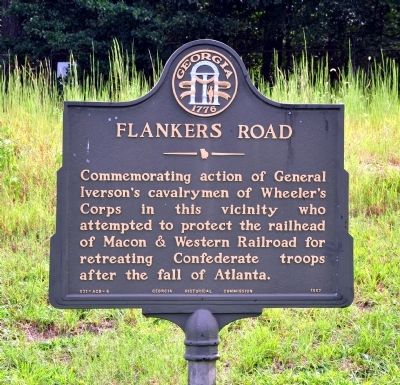 Photographed By David Seibert, September 6, 2012
1. Flankers Road Marker
Inscription.
Flankers Road. . Commemorating action of General Iverson’s cavalrymen of Wheeler’s Corps in this vicinity who attempted to protect the railhead of Macon and Western Railroad for retreating Confederate troops after the fall of Atlanta. . This historical marker was erected in 1957 by Georgia Historical Commission. It is in Fort Gillem in Clayton County Georgia

Commemorating action of General Iverson’s cavalrymen of Wheeler’s Corps in this vicinity who attempted to protect the railhead of Macon & Western Railroad for retreating Confederate troops after the fall of Atlanta.

Topics and series. This historical marker is listed in these topic lists: Forts and Castles • Roads & Vehicles • War, US Civil. In addition, it is included in the Georgia Historical Society series list.

Other nearby markers. At least 8 other markers are within 3 miles of this marker, measured as the crow flies. Fort Gillem (about 600 feet away, measured in a direct line); Hood Avenue (approx. 0.6 miles away); Iverson Gate (approx. 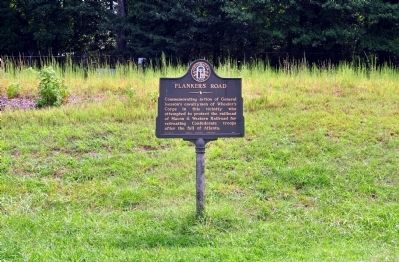 More about this marker. The marker stands on the former Fort Gillem, now owned by the City of Forest Park. The city is just beginning to redevelop the property, and most of the existing buildings will be torn down. The Executive Director of the city’s Local Redevelopment Authority intends to preserve all the historical markers on the site.

Fort Gillem was designated the Atlanta General Depot at the time the markers were erected, explaining the Georgia Historical Marker numbering. It was renamed the Atlanta Army Depot in 1962, and Fort Gillem in 1973. 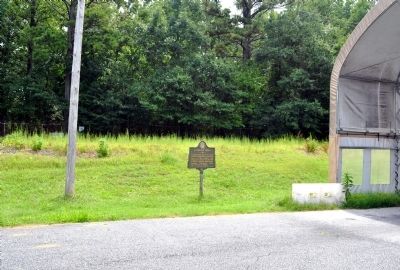 Photographed By David Seibert, September 6, 2012
3. Flankers Road Marker
A section of the current Flankers Road Gate is to the right. 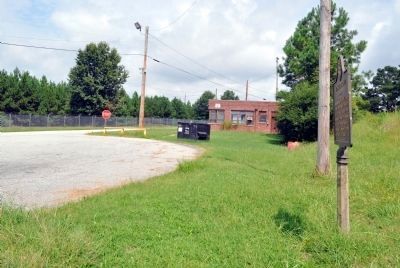 Photographed By David Seibert, September 6, 2012
4. Flankers Road Marker
Looking east on Flankers Road to where it joins Hood Avenue (at the stop sign). 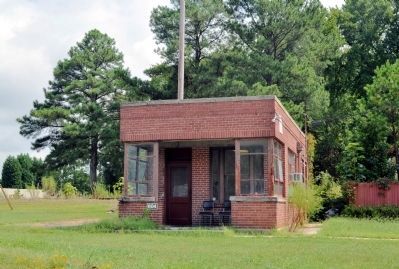