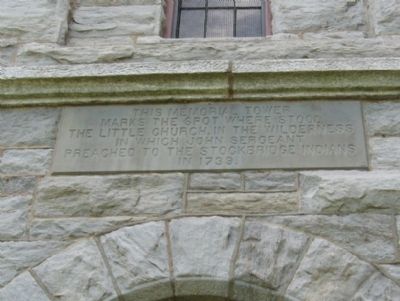 This Memorial Tower marks the spot where stood the Little Church in the wilderness in which John Sergeant preached to the Stockbridge Indians in 1739.

Topics. This historical marker is listed in these topic lists: Churches & Religion • Colonial Era • Native Americans. A significant historical year for this entry is 1739.

Location. 42° 17.02′ N, 73° 19.189′ W. Marker is in Stockbridge, Massachusetts, in Berkshire County. Marker is at the intersection of Main Street (Route 102) and Church Street, on the left when traveling west on Main Street. Touch for map. Marker is in this post office area: Stockbridge MA 01262, United States of America. Touch for directions. 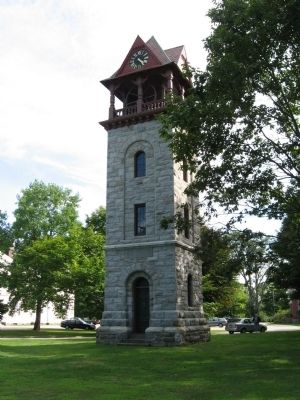 Click or scan to see
this page online
(approx. 0.8 miles away); Linwood House (approx. 0.9 miles away). Touch for a list and map of all markers in Stockbridge.

Regarding Stockbridge Chime Tower. Officially called Dudley Field Memorial Tower, but known as the Children's Chime Tower, bells are rung at 5:30pm every evening between apple blossom time and the first frost on the pumpkins. 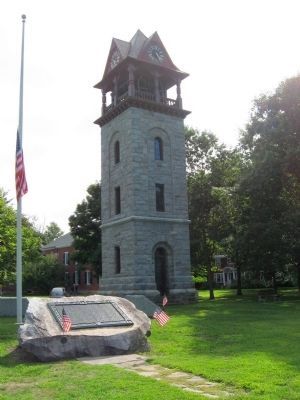