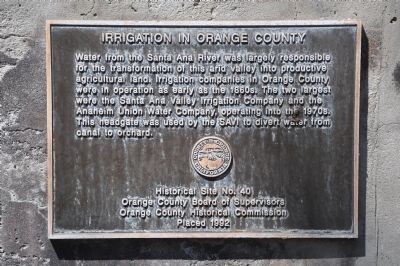 Water from the Santa Ana River was largely responsible for the transformation of this arid valley into productive agricultural land. Irrigation companies in Orange County were in operation as early as the 1860s. The two largest were the Santa Ana Valley Irrigation Company and the Anaheim Union Water Company, operating into the 1970s. This headgate was used by the SAVI to divert water from canal to orchard.

Topics and series. This historical marker is listed in these topic lists: Agriculture • Horticulture & Forestry • Industry & Commerce • Waterways & Vessels. In addition, it is included in the ASCE Civil Engineering Landmarks, and the Chinese Heritage Sites of the American West series lists. 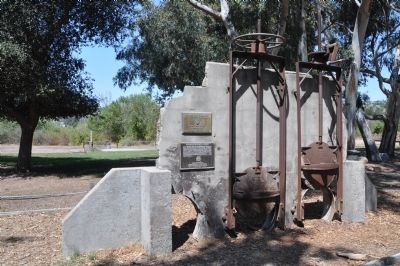 Click or scan to see
this page online
200 feet north of the entrance to Canyon RV Park. Touch for map. Marker is at or near this postal address: 24001 Santa Ana Canyon Road, Yorba Linda CA 92887, United States of America. Touch for directions. 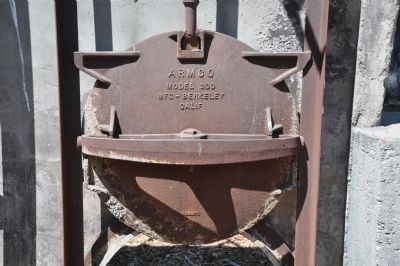 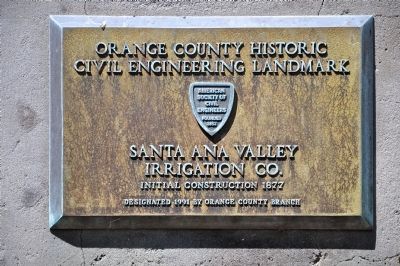