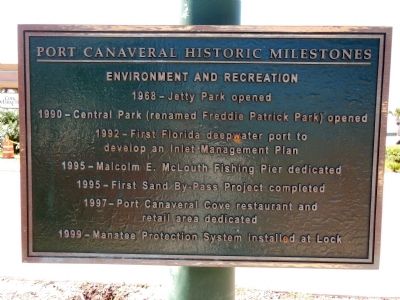 Topics. This historical marker is listed in these topic lists: Animals • Industry & Commerce • Parks & Recreational Areas • Waterways & Vessels. A significant historical year for this entry is 1968. 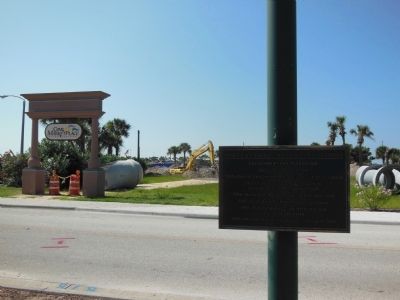 Related markers. Click here for a list of markers that are related to this marker. This is one of a series of seven Port Canaveral Historic Milestone Markers along Glen Cheek Drive. 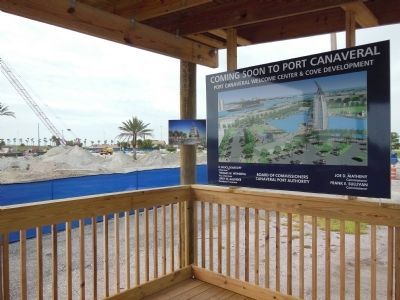