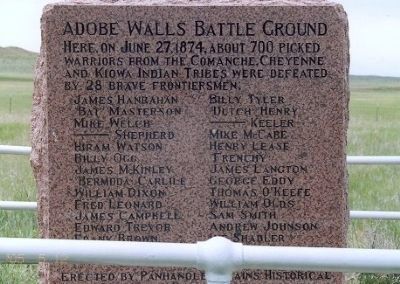 Here on June 27, 1874 about 700 picked warriors from the Comanche, Cheyenne and Kiowa Indian tribes were defeated by 28 brave frontiersmen:

Topics and series. This historical marker is listed in these topic lists: Native Americans • Wars, US Indian. In addition, it is included in the Medal of Honor Recipients series list. A significant historical month for this entry is June 1907. 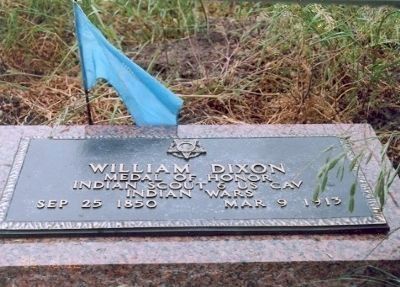 By Don Morfe, May 13, 2005
2. William Dixon
Named on the Adobe Walls Battle Ground Marker and buried in a small cemetery next to the Marker.
MEDAL OF HONOR CITATION: DIXON, WILLIAM
Rank: Scout. Born: 25 October 1850, Ohio County, West Virginia. War: Indian Campaigns. Organization: 6th U.S. Cavalry. Place: Wichita River, Texas. Action date: 12 September 1874. Issue date: 4 November 1874. Citation: Gallantry in action.
(In 1916, the general review of all Medals of Honor deemed 900 unwarranted. This recipient was one of them. In June 1989, the U.S. Army Board of Correction of Records restored the medal to this recipient.)

Click or scan to see
this page online
Texas Highway 207, on the right when traveling south. Touch for map. Marker is in this post office area: Stinnett TX 79083, United States of America. Touch for directions. 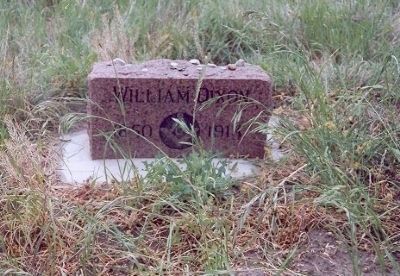