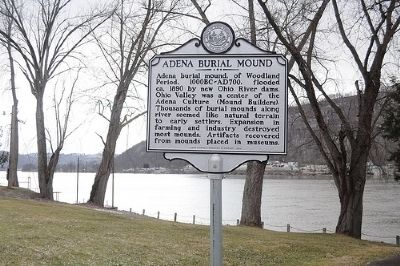 Topics and series. This historical marker is listed in these topic lists: Anthropology & Archaeology • Cemeteries & Burial Sites • Native Americans. In addition, it is included in the West Virginia Archives and History series list. A significant historical year for this entry is 1890.

Other nearby markers. At least 8 other markers are within 6 miles of this marker, measured as the crow flies. Levi Morgan (about 400 feet away, measured in a direct line); New Martinsville (approx. half a mile away); James G. West 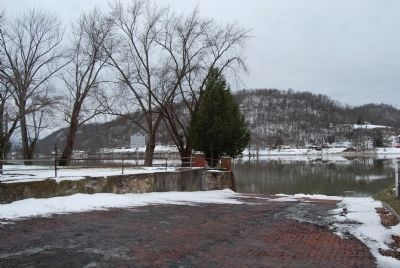 Click or scan to see
this page online
(approx. half a mile away); Leonard Stout Hall (approx. 2 miles away); Sardis Historic Town Pump (approx. 2.7 miles away in Ohio); Van Camp (approx. 3.6 miles away); Sardis Veterans Monument (approx. 4.8 miles away in Ohio); Marshall County / Wetzel County (approx. 6 miles away). Touch for a list and map of all markers in New Martinsville.
Credits. This page was last revised on August 12, 2020. It was originally submitted on April 2, 2013. This page has been viewed 622 times since then and 2 times this year. Photos:   1. submitted on April 2, 2013.   2. submitted on January 11, 2015, by Mike Wintermantel of Pittsburgh, Pennsylvania. • Bill Pfingsten was the editor who published this page.
Share this page.