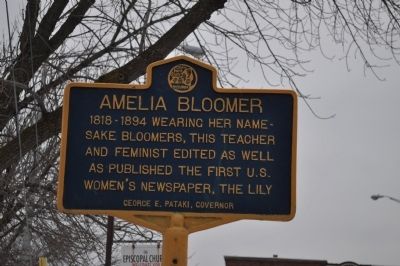 By Yugoboy, February 21, 2013
1. Amelia Bloomer Marker
Inscription.
Amelia Bloomer. . 1818-1894 Wearing her namesake Bloomers, this teacher and feminist edited as well as published the first U.S. women's newspaper, The Lily . This historical marker was erected in 1984 by George E. Pataki, Governor. It is in Seneca Falls in Seneca County New York

1818-1894 Wearing her namesake Bloomers, this teacher and feminist edited as well as published the first U.S. women's newspaper, The Lily 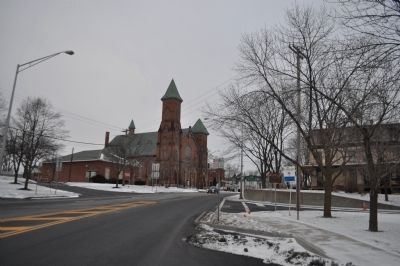 By Yugoboy, February 21, 2013
2. Amelia Bloomer Marker as seen facing north
First Presbyterian Church is visible in the background. It was here that Alice Paul introduced the very first Equal Rights Amendment.
(approx. 0.2 miles away); When Anthony Met Stanton (approx. 0.2 miles away). Touch for a list and map of all markers in Seneca Falls.

Regarding Amelia Bloomer. The Offices of "The Lily" still stand on Fall Street, but there is no marker (as yet) to draw attention. You may notice it if you walk up Fall Street towards the National Park building. It's on the south side of the street, and at least one piece of extant printing machinery is placed in the window. 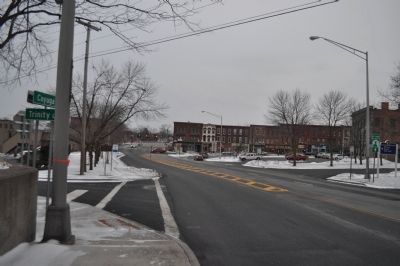 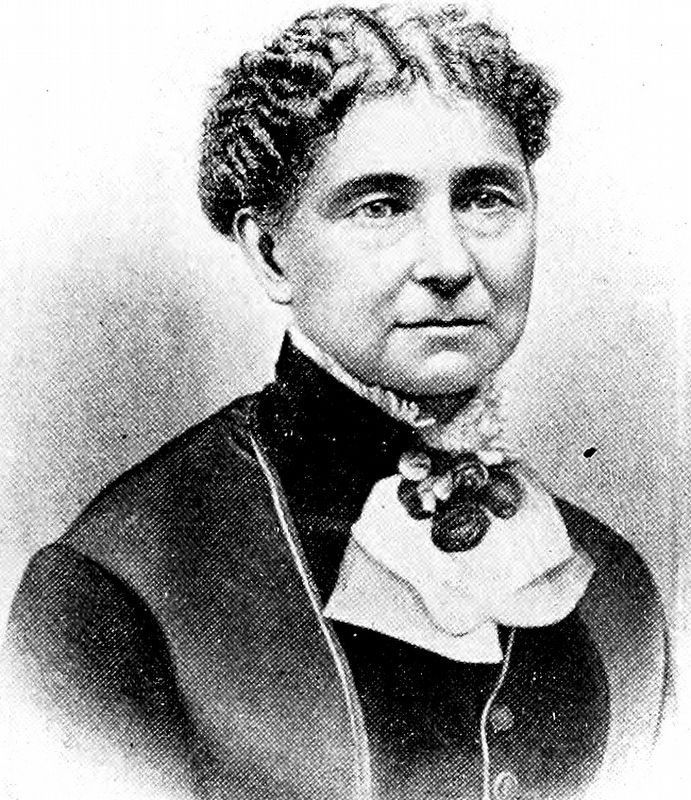 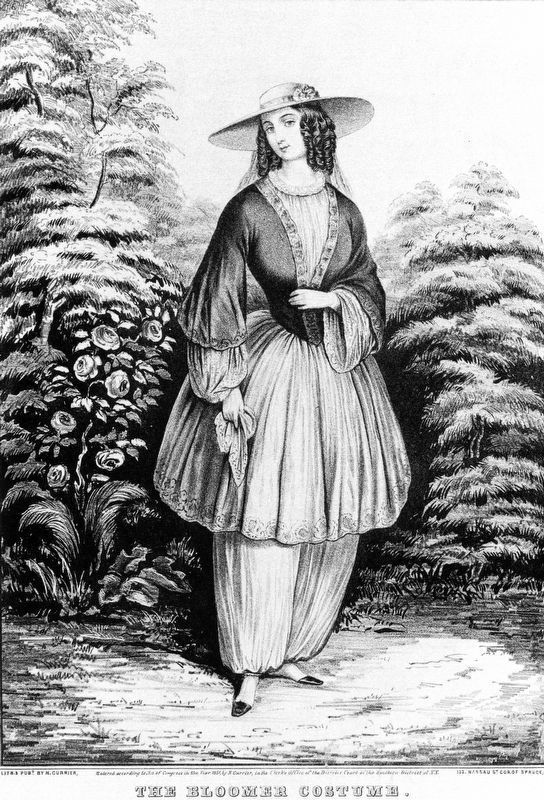 "The costume of women should be suited to her wants and necessities. It should conduce at once to her health, comfort, and usefulness; and, while it should not fail also to conduce to her personal adornment, it should make that end of secondary importance." -- Amelia Bloomer
Credits. This page was last revised on December 3, 2018. It was originally submitted on May 10, 2013, by Yugoboy of Rochester, New York. This page has been viewed 377 times since then and 11 times this year. Photos:   1, 2, 3. submitted on May 10, 2013, by Yugoboy of Rochester, New York.   4, 5. submitted on October 25, 2018, by Allen C. Browne of Silver Spring, Maryland. • Bill Pfingsten was the editor who published this page.
Share This Page.