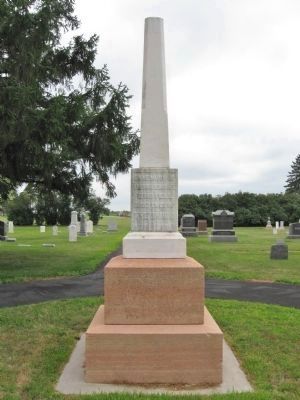 east side
In memory of our honored brave who fell in defence of The Union.

north side
In memory of those who fell in defence of New Ulm 1862.

west side
In memory of those massacred by the Indians in Brown Co. 1862.

south side
Erected by the citizens of Brown Co. 1866.

Erected 1866 by the citizens of Brown County.

Topics. This memorial monument is listed in these topic lists: War, US Civil • Wars, US Indian.

Other nearby markers. At least 8 other markers are within 2 miles of this marker, measured as the crow flies. Doughboy Monument (approx. 0.2 miles away); Turnverein Founding Site (approx. 1.3 miles away); Leavenworth Rescue Expedition 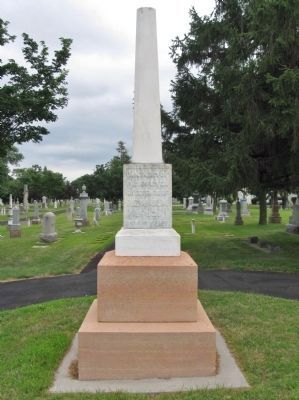 Also see . . .
1. The Free Press, Mankato, MN. U.S.-Dakota War dead remembered in ceremony. "Many of them had just arrived and truly deserved to be called pioneers... about 100 people died in the war in Brown County and about half of their grave sites are known." (Submitted on September 16, 2013.)

2. Victims Tombstones. Various tombstones of victims of the 1862 Dakota Uprising. "About 400 victims lie in unmarked and unknown graves, the most in any Indian war in the nation." (Submitted on September 16, 2013.) 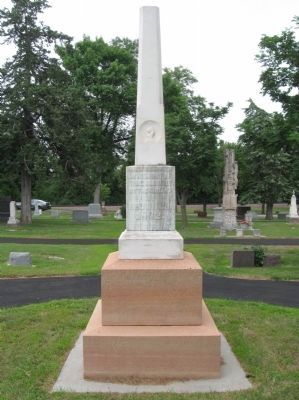 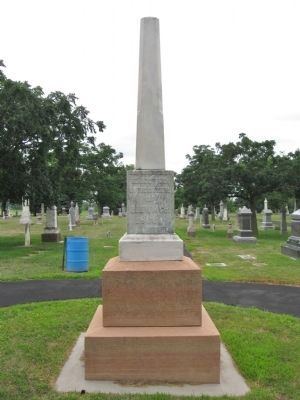 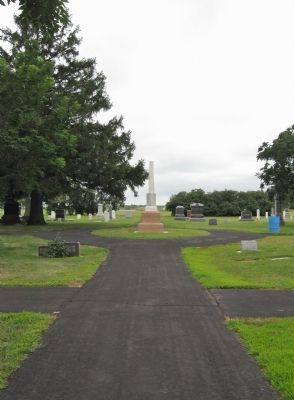