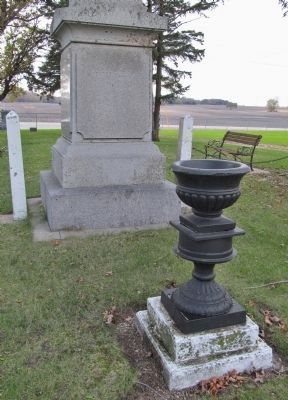 By K. Linzmeier, October 24, 2013
1. Ness Cemetery State Monument
east side
Inscription.
Ness Cemetery State Monument. . . First Blood . . In memory of the first five victims of the great Indian massacre of August 1862, and buried here in one grave . . Robinson Jones . Viranus Webster . Howard Baker . Ann Baker . Clara D. Wilson . . Erected by the State in 1878 under the direction of the Meeker County Old Settlers Association . This monument was erected in 1878 by the State of Minnesota. It is Near Litchfield in Meeker County Minnesota

In memory of the first five victims of the great Indian massacre of August 1862, and buried here in one grave

Other nearby markers. At least 8 other markers are within 5 miles of this marker, measured as the crow flies. Ness Lutheran Church (within shouting distance of this marker); Andreas Olson (approx. 1.7 miles away); 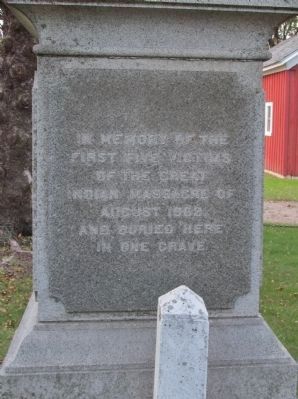 More about this monument. This monument was the third of 23 state monuments that were erected by the Minnesota legislature between 1873 and 1929. These monuments represent Minnesota's first public efforts to mark historic sites. 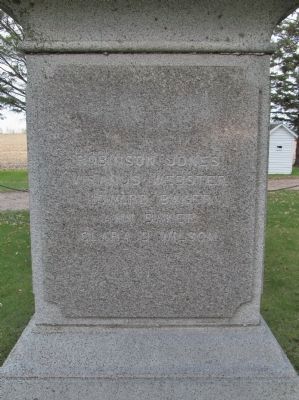 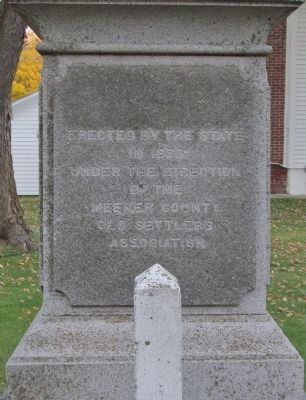 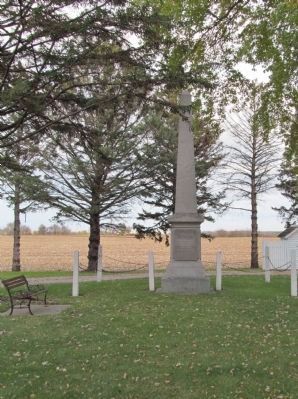 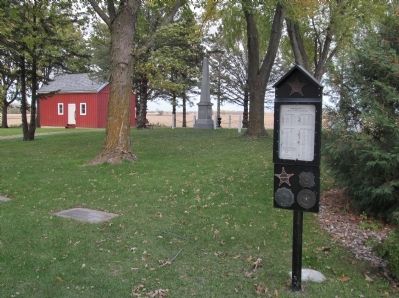