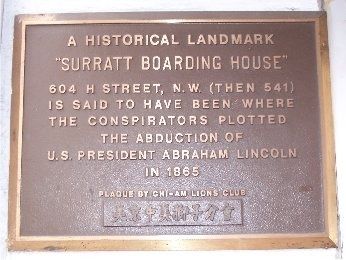 A historical landmark
“Surratt Boarding House”
604 H Street N.W. (then 541)
is said to have been where
the conspirators plotted
the abduction of
U.S. President Abraham Lincoln
in 1865.

Topics and series. This historical marker is listed in these topic lists: Government & Politics • Notable Events • War, US Civil • Women. In addition, it is included in the Former U.S. Presidents: #16 Abraham Lincoln series list. A significant historical year for this entry is 1865.

Location. 38° 53.981′ N, 77° 1.223′ W. Marker is in Judiciary Square in Washington, District of Columbia. Marker is on H Street Northewest west of 6th Street Northwest (U.S. 1), on the left when traveling west. The marker is located on the building facade, adjacent to the entrance of the restaurant. Touch for map. Marker is at or near this postal address: 604 H Street Northwest, Washington DC 20001, United States of America. Touch for directions. 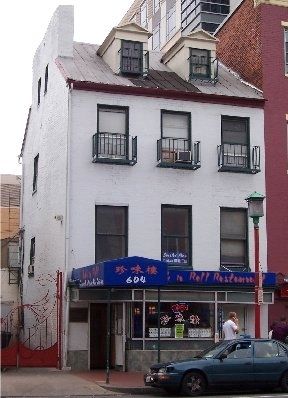 Photographed By M. A. Pimentel, April 11, 2008
2. View of the marker and building from across the street

More about this marker. The site is currently occupied by the Wok N Roll Restaurant, which offers a mix of Chinese and Japanese cuisines.

The Wok N Roll restaurant is located in the Chinatown area of Washington, DC. It is about one block west of the Chinatown/Gallery Place Metro Station.

Regarding "Surratt Boarding House". Mary Surratt was tried and executed by the U.S. government for her part in the Lincoln assassination. During the assassination, Mrs. Surratt and her daughter lived at the H. Street home, rather than her home in Surrattsville (currently Clinton), Maryland.


The appearance of the boarding house today is markedly different than how it appeared during Mrs. Surratt's residence there. The entrance was originally at the second story. 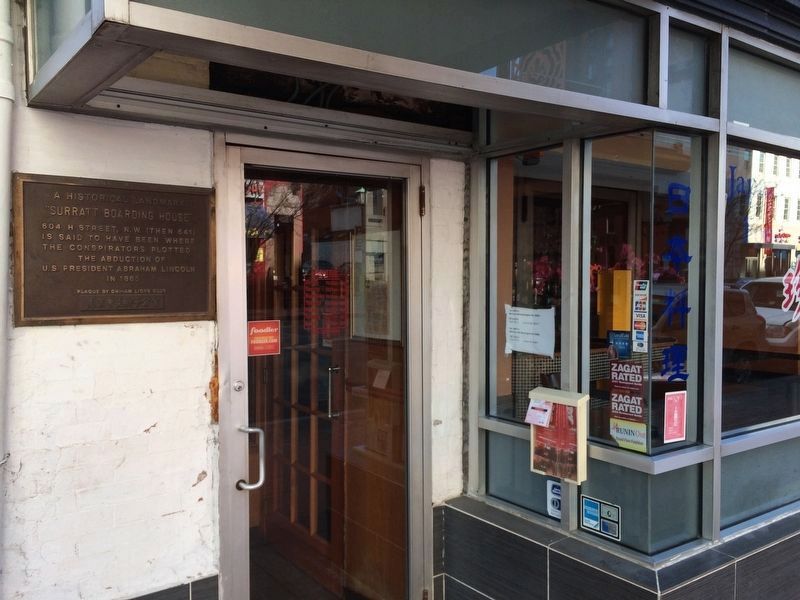 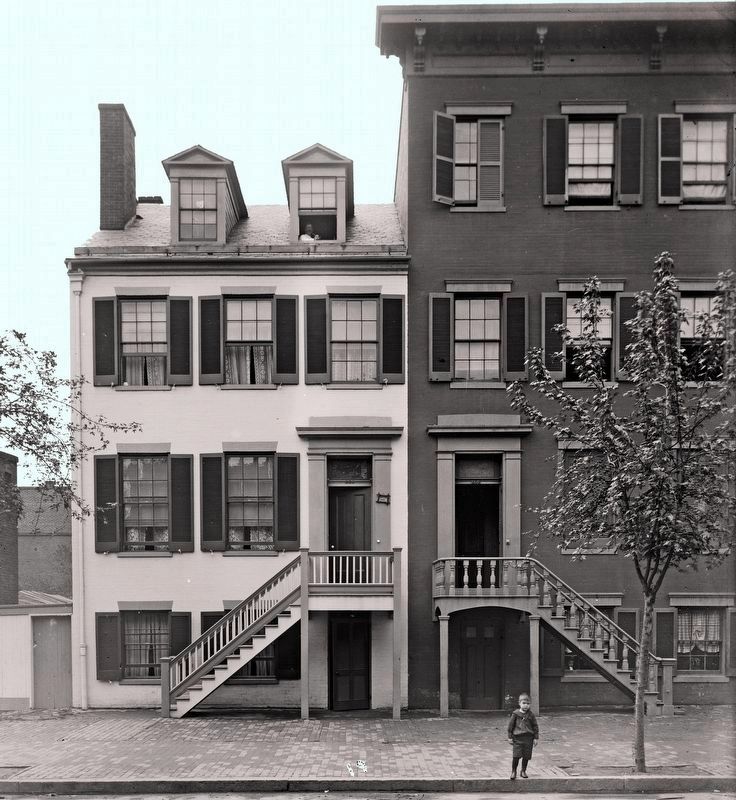 Library of Congress
5. Mrs. Mary Surratt house
between 1890 and 1910
The Surratt house originally had an English basement with the main floor raised above street level. A storefront was installed on the first floor in 1925. 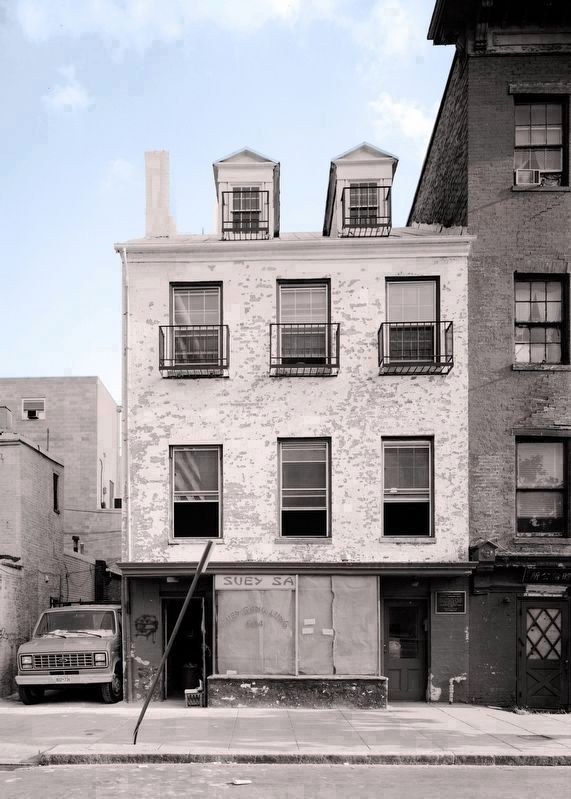 Library of Congress, HABS
6. Suey Sang Lung
The H Street neighborhood became DC's Chinatown in the 1930s. This 1988 HABS photo shows the Surratt house after the closing of the Suey Sang Lung Chinese grocery. The historical landmark marker can be seen on the right side of the building in this photo. Today, it's on the left of the building, now occupied by Wok and Roll.
Credits. This page was last revised on July 28, 2021. It was originally submitted on April 12, 2008, by M. A. Pimentel of Waldorf, Maryland. This page has been viewed 11,661 times since then and 122 times this year. Photos:   1, 2. submitted on April 12, 2008, by M. A. Pimentel of Waldorf, Maryland.   3. submitted on January 20, 2018, by Devry Becker Jones of Washington, District of Columbia.   4, 5, 6. submitted on April 18, 2017, by Allen C. Browne of Silver Spring, Maryland. • Craig Swain was the editor who published this page.
Share this page.