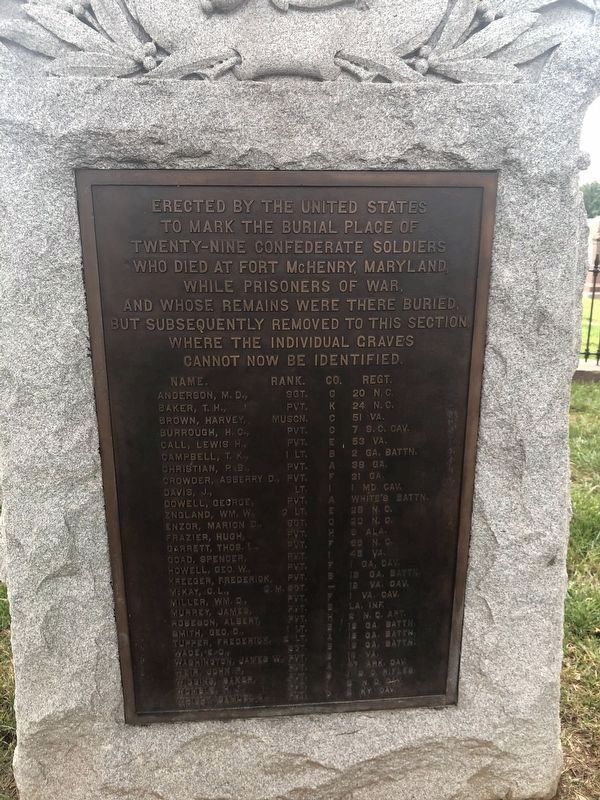 Erected by the United States to mark the burial place of twenty-nine Confederate soldiers who died at Fort McHenry, Maryland, while prisoners of war, and whose remains were there buried, but subsequently removed to this section, where the individual graves cannot not be identified.

Topics and series. This memorial is listed in these topic lists: Cemeteries & Burial Sites • War, US Civil. In addition, it is included in the National Cemeteries series list.

Location. 39° 16.776′ N, 76° 40.52′ W. Marker is in Irvington in Baltimore, Maryland. Memorial can be reached from Frederick Avenue (Maryland Route 144). Marker is in Loudon Park National Cemetery. Touch for map. Marker is in this post office area: Baltimore MD 21229, United States of America. Touch for directions. 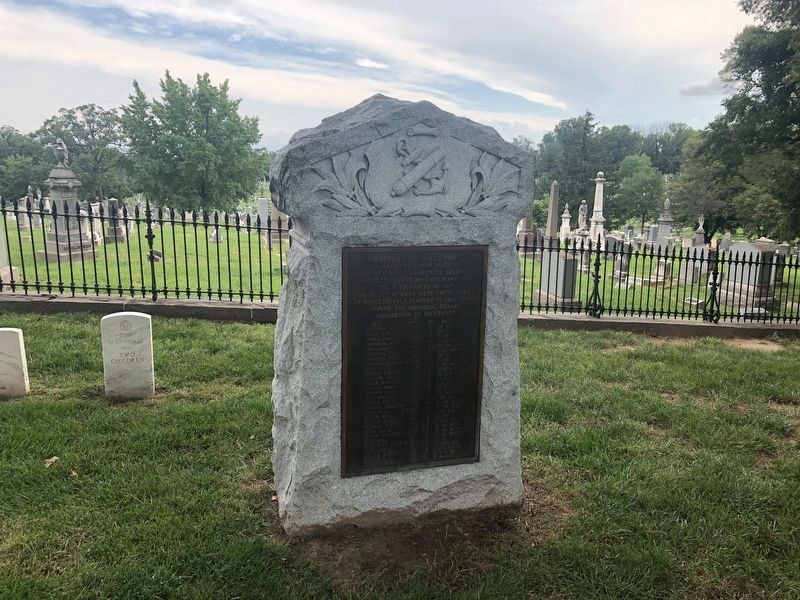