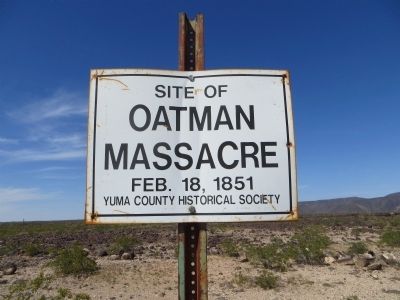 Other nearby markers. At least 1 other marker is within walking distance of this marker. The Oatman Family (approx. 0.3 miles away).

Regarding Oatman Massacre Site. On March 19, 1851, Royce and Mary Ann Oatman and their seven children were part of a Mormon wagon 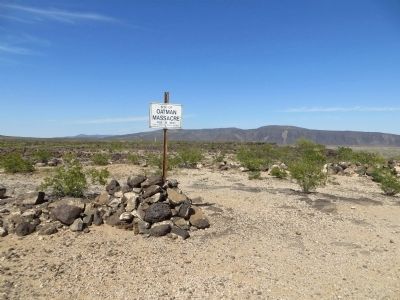 Click or scan to see
this page online
train heading to the Arizona – California border area. They were camped on this spot when a group of Yavapai Indians approached and asked for food. Royce complied but, fearful that he wouldn't have enough for his family, refused the Yavapai's request for seconds. The family, with the exception of fifteen year old Lorenzo, fourteen year old Olive, and her younger sister Mary Ann, were brutally massacred. Lorenzo survived by playing dead, while the two girls were taken as hostages. Mary Ann died soon after, and Olive was sold to the Mohave Indians and later ransomed back into white society.

Also see . . .  The Blue Tattoo: The Life of Olive Oatman (book) by Margot Mifflin. Based on historical records, including letters and diaries of Oatman’s friends and relatives, The Blue Tattoo is the first book to examine her life from her childhood in Illinois—including the massacre, her captivity, and her return to white society—to her later years as a wealthy banker’s wife in Texas. (Submitted on June 21, 2016, by Bill Kirchner of Tucson, Arizona.) 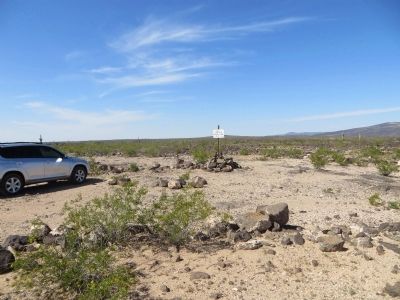 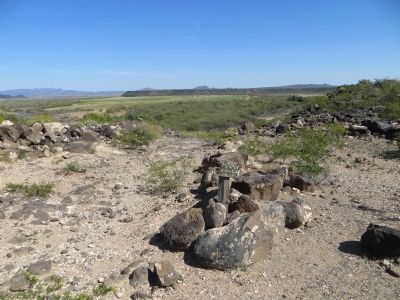 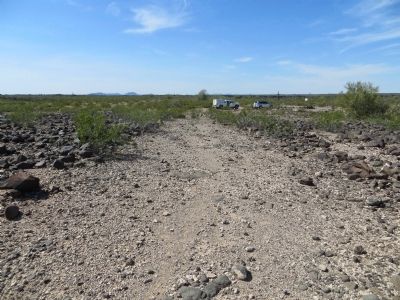