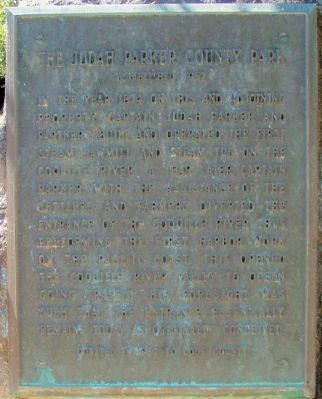 Photographed By Larry Wilson, August 8, 2008
1. Judah Parker County Park Marker
Inscription.
Judah Parker County Park. Established 1957. In the year 1874 on this and adjoining property Captain Judah Parker and partners built and operated the first steam sawmill and steam tug on the Coquille River. A year later Captain Parker, with the assistance of the settlers and farmers diverted the entrance of the Coquille River, thus performing the first harbor work of the Pacific Coast. This opened the Coquille River Valley to ocean going traffic. His foresight was such that the entrance essentially remains today as originally conceived. . This historical marker was erected in 1957 by Coos County. It is in Bandon in Coos County Oregon

Topics. This historical marker is listed in these topic lists: Parks & Recreational Areas • Settlements & Settlers • Waterways & Vessels. A significant historical year for this entry is 1874.

Other nearby markers. At least 6 other markers are within 12 miles of this marker, measured as the crow flies. Bandon Fire (approx. 3.9 miles away); Coquille River Lighthouse - 1896 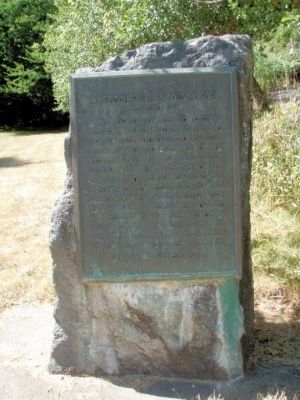 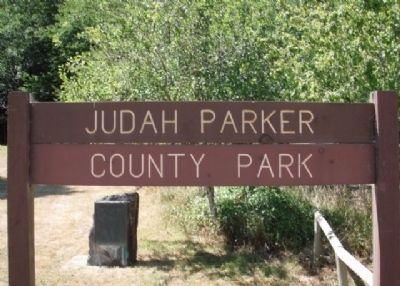