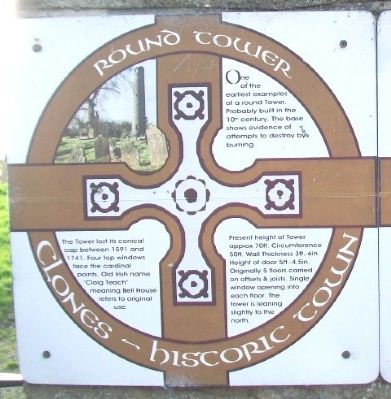 One of the earliest examples of a round Tower. Probably built in the 10th century. The base shows evidence of attempts to destroy by burning. 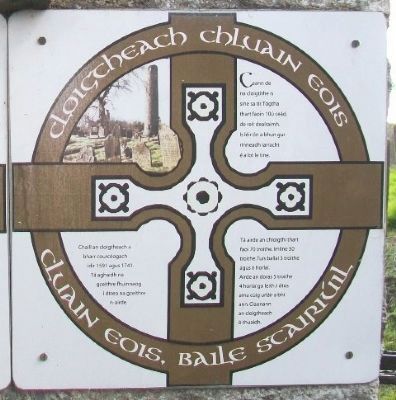 
Topics. This historical marker is listed in these topic lists: Cemeteries & Burial Sites • Forts and Castles • Man-Made Features • Settlements & Settlers. A significant historical year for this entry is 1591.

Location. 54° 10.673′ N, 7° 13.91′ W. Marker is in Clones, Ulster, in County Monaghan. Marker is on Ball Alley just west of McCurtain Street (R212), on the left when traveling west. Markers are at the east entrance to St. Tierney's Cemetery. Touch for map. Touch for directions. 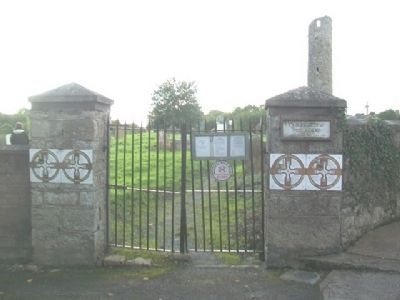 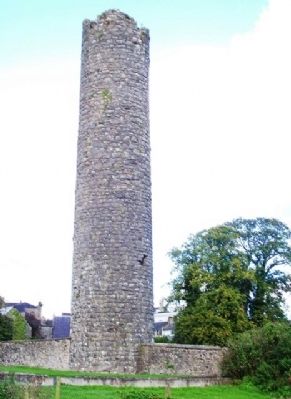