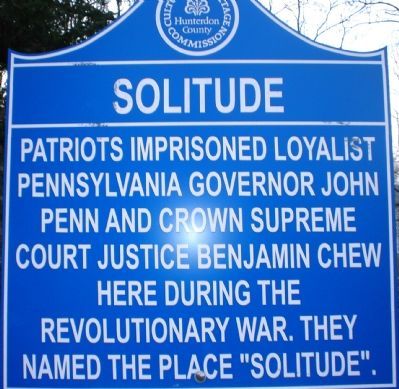 Topics and series. This historical marker is listed in these topic lists: Colonial Era • Railroads & Streetcars • War, US Civil • War, US Revolutionary. In addition, it is included in the New Jersey, Hunterdon County Cultural and Heritage Commission series list. 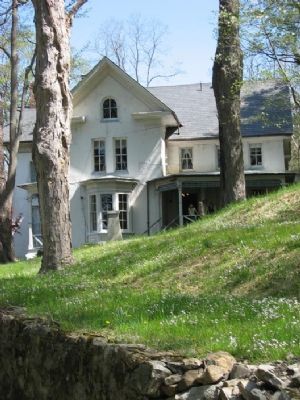 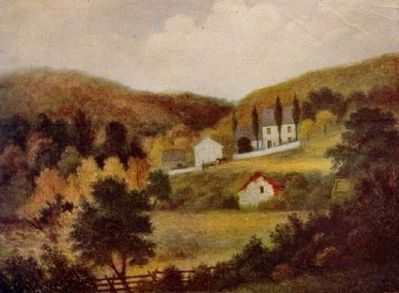 3. Solitude House and Union Forge in the 19th Century
power for the Taylor-Wharton Iron and Steel Company, a prominent munitions manufacturer whose history spans from the American Revolutionary War through the Korean War. The dam holds significance for its civil engineering design and for the role that it played in permitting Taylor-Wharton ironworks, downstream, to expand. Both the dam and 35-acre Lake Solitude, created by the dam, are eligible for listing in the New Jersey and National Registers of Historic Places individually as well as part of a possible larger industrial historic district and the Taylor Iron Workers Historical Greenway connecting Columbia Trail to the Amesbury Furnace. While the dam’s history is acknowledged, borough officials grapple with the cost of repairing the 1909 dam or breaching it. Interestingly, there is renewed interest in rebuilding a hydroelectric plant at Lake Solitude dam, however no firm proposals have been made. The Mayor and Council put 13 years of effort into purchasing the property and $200,000+ in remediation plans, resulting now in full DEP approval. Unfortunately, the Borough Council has until August 2008 to act. Through this long time period as elected officials have come and gone, sentiments have changed and some now believe that although breaching costs upfront are greater, they advocate that it is more cost-effective measure in the long term with no annual maintenance or inspection 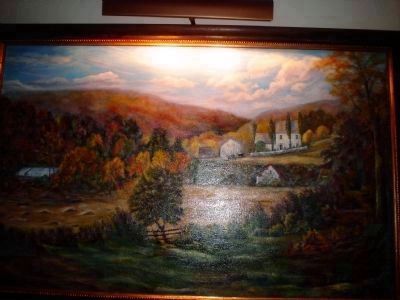 By William Honachefsky Jr, February 19, 2005
4. 1865 Solitude Painting unveiled
An artist from Somerset County, New Jersey donated this painting of Solitude House Valley and Falls, circa 1860. Ms. Wick spent 250 man hours on the painting. The painting was unveiled on May 4, 2008 at Solitude Museum's Season Opening.
costs. Some favor returning the river to its natural course, one it has not taken since 1858. However, breaching would not only create a long-term historical loss, it would drain Lake Solitude, a High Bridge landmark, and destroy the natural habitat for wildlife dependent upon the lake. Additionally, financial costs would be incurred for then dredging, silt and contaminated soils removal that would not be incurred were the dam to remain intact. Preservation of the Lake Solitude Dam and Lake is an important linkage to not only High Bridge’s past but to a 6-mile hiking trail linking the borough’s open spaces. It is far more cost-effective, can do nothing but spur tourism and local business, and has the potential to revert to its historical origins by providing hydroelectric power. (Submitted on May 23, 2008, by William Honachefsky Jr of High Bridge/Clinton Twp, New Jersey.)

Additional commentary.
1. Museum closed
Sadly, on October 24, 2012 , the Union Forge Heritage Associations volunteer managed Museum was closed after 10 years because the Borough of High Bridge is looking to make this site a Bed and Breakfast. The 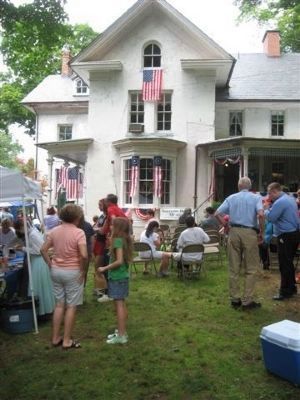 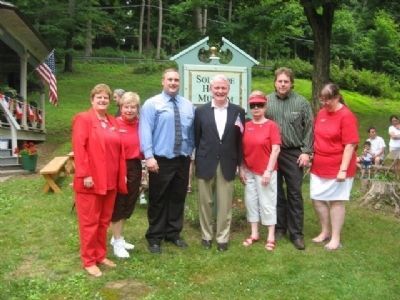 By William Honachefsky Jr, July 4, 2008
6. New Jersey State Senator Leonard Lance
with the Board of Trustees of the Union Forge Heritage Association 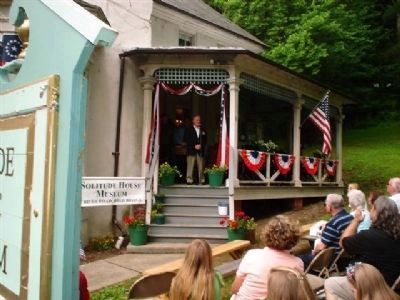 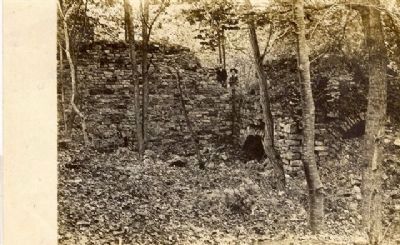 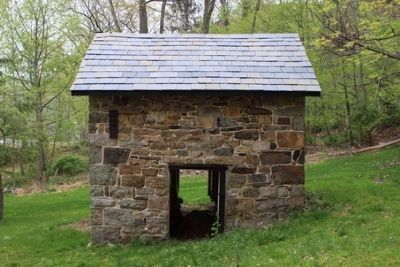 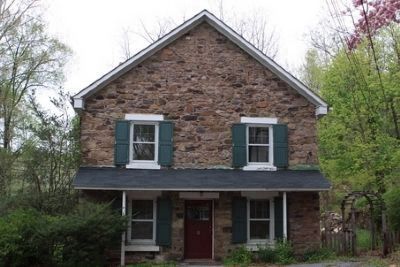 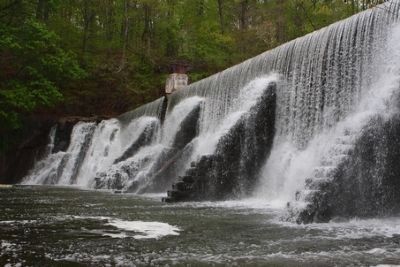 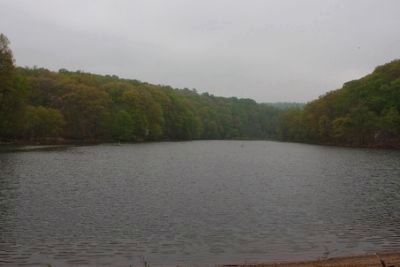 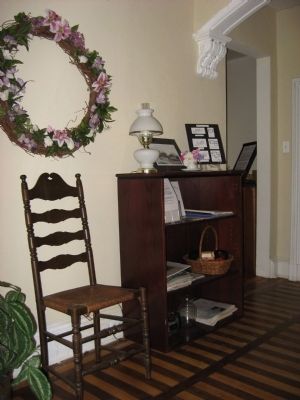 By Karen S. Larsen, circa May 2007
14. Entry Hallway at Solitude House
Note the inlaid floor of oak and walnut wood. The wood pattern on the floor is delibrately set in a railroad pattern. 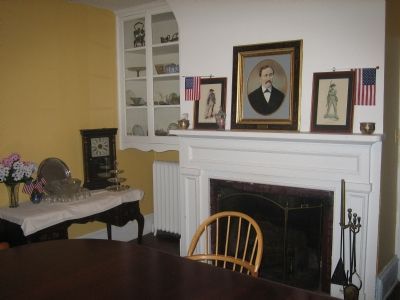 By Karen S. Larsen, circa May 2007
15. Penn Room and Solitude House
Picture above mantle is John Moore, first mayor of High Bridge, NJ 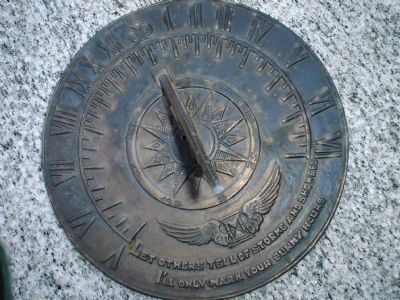 By William Honachefsky Jr, January 19, 2008
16. Replica of George Washington's Sundial in Mount Vernon
“Let others talk of storms and showers, I'll only mark your sunny hours.”