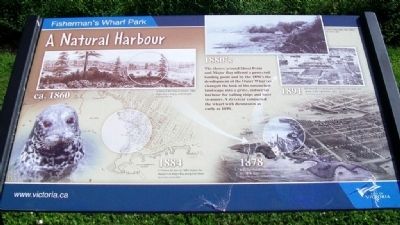 1880's
The shores around Shoal Point and Major Bay offered a protected landing point and by the 1890's the development of the Outer Wharves changed the look of the untouched landscape into a gritty, industrial harbour for sailing ships and later steamers. A streetcar connected the wharf with downtown as early as 1890.

1884
[Photo caption reads] A Victoria lot plan of 1884 locates the shipyard on Major Bay along Erie Street.
City of Victoria Archives B00005 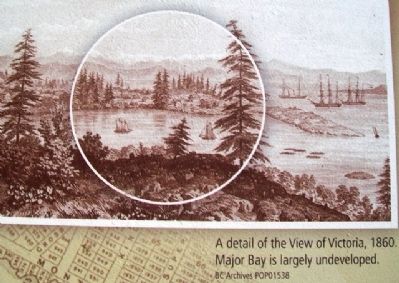 Click or scan to see
this page online
City of Victoria.

Topics. This historical marker is listed in these topic lists: Environment • Industry & Commerce • Settlements & Settlers • Waterways & Vessels. A significant historical year for this entry is 1860.

Location. 48° 25.304′ N, 123° 22.916′ W. Marker is in Victoria, British Columbia, in Capital. Marker is near the eastern edge of Fisherman's Wharf Park, near the car park accessed off St. Lawrence Street. Touch for map. Marker is in this post office area: Victoria BC V8V 0B2, Canada. Touch for directions. 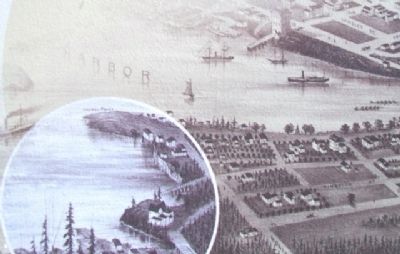 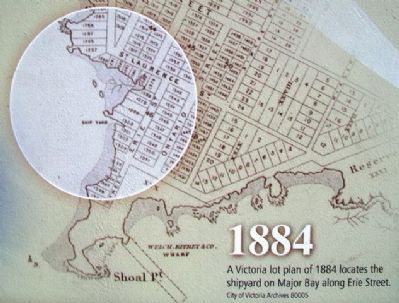 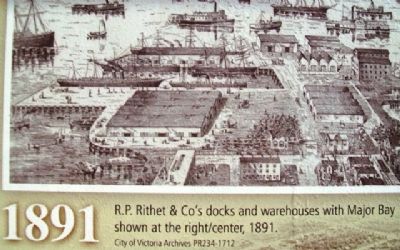 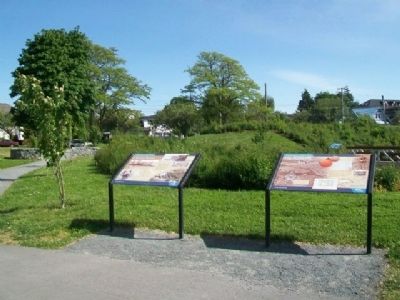