By Land And By Sea 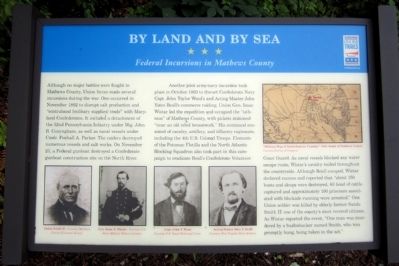 Although no major battles were fought in Mathews County, Union forces made several incursions during the war. One occurred in November 1862 to disrupt salt production and “contraband [military supplies] trade” with Maryland Confederates. It included a detachment of the 52nd Pennsylvania Infantry under Maj. John B. Conyngham, as well as naval vessels under Cmdr. Foxhall A. Parker. The raiders destroyed numerous vessels and salt works. On November 25, a Federal gunboat destroyed a Confederate gunboat construction site on the North River. 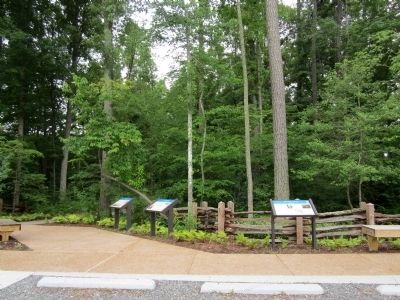 Click or scan to see
this page online
Guard. As naval vessels blocked any water escape route, Wistar's cavalry raided throughout the countryside. Although Beall escaped, Wistar declared success and reported that “about 150 boats and sloops were destroyed, 80 head of cattle captured and approximately 100 prisoners associated with blockade running were arrested.“ One Union soldier was killed by elderly farmer Sands Smith II, one of the county's most revered citizens. As Wistar reported the event, “One man was murdered by a bushwhacker named Smith, who was promptly hung, being taken in the act.”

Topics and series. This historical marker is listed in these topic lists: War, US Civil • Waterways & Vessels. In addition, it is included in the Virginia Civil War Trails series list. A significant historical month for this entry is October 1863. 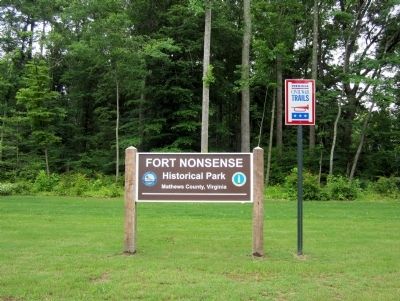 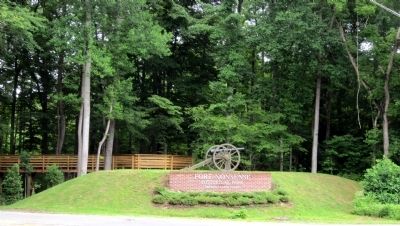