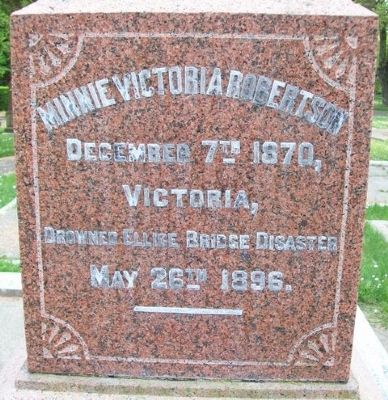 Topics. This historical marker is listed in these topic lists: Bridges & Viaducts • Cemeteries & Burial Sites • Disasters • Women. A significant historical month for this entry is May 1944. 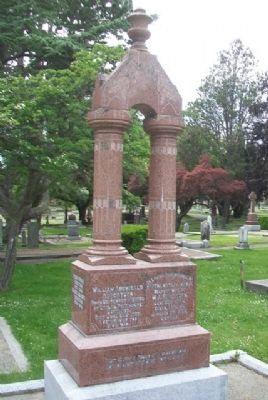 Click or scan to see
this page online
On May 26, 1896 in Victoria, British Columbia, a crowded streetcar crashed through Point Ellice Bridge, killing 55 men, women, and children. 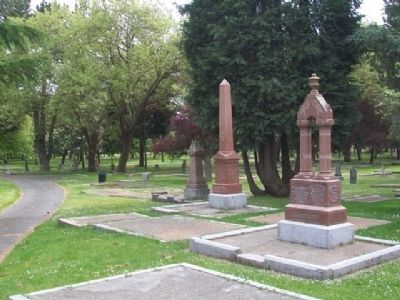