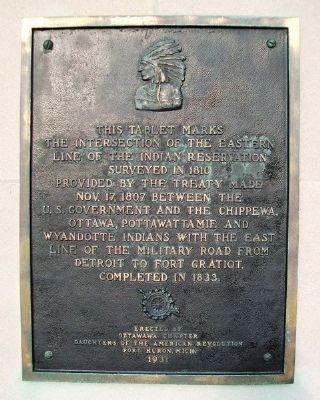 This tablet marks the intersection of the eastern line of the Indian Reservation surveyed in 1810 provided by the treaty made Nov. 17, 1807 between the U.S. Government and the Chippewa, Ottawa, Pottawattamie [sic], and Wyandotte Indians with the east line of the Military Road from Detroit to Fort Gratiot, completed in 1833.

Erected 1931 by Ottawawa Chapter, Daughters of the American Revolution.

Topics and series. This historical marker is listed in these topic lists: Government & Politics • Native Americans • Roads & Vehicles. In addition, it is included in the Daughters of the American Revolution (DAR) series list. A significant historical month for this entry is October 1829.

Other nearby markers. At least 8 other markers are within 3 kilometers of this marker, measured as the crow 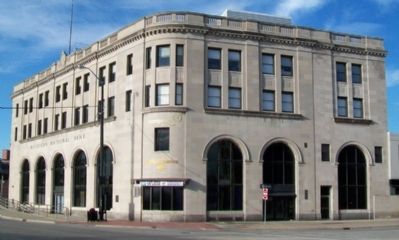