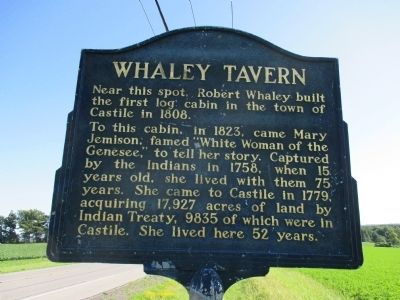 To this cabin, in 1823, came Mary Jemison, famed "White Woman of the Genesee," to tell her story. Captured by the Indians in 1758, when 15 years old, she lived with them 75 years. She came to Castile in 1779, acquiring 17,927 acres of land by Indian Treaty, 9835 of which were in Castile. She lived here 52 years. . This historical marker is in Castile in Wyoming County New York

Near this spot, Robert Whaley built the first log cabin in the Town of Castile in 1808.

Topics and series. This historical marker is listed in these topic lists: Arts, Letters, Music • Native Americans • Settlements & Settlers • Women. In addition, it is included in the Mary Jemison - White Woman of the Genessee series list. A significant historical year for this entry is 1808.

Other nearby markers. At least 8 other markers are within 3 miles of this marker, measured as the crow flies. St. Helena Plot (approx. one mile away); Gardeau Tract (approx. 1.3 miles away); Wolf Creek 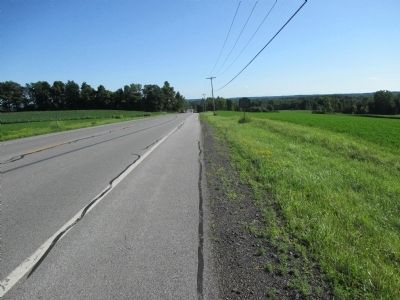 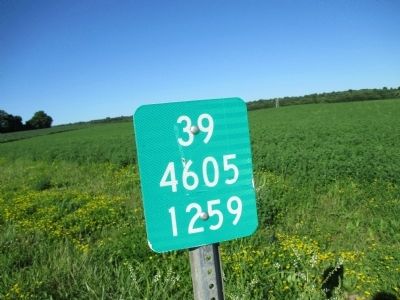 Photographed By Anton Schwarzmueller, July 24, 2014
4. NY 39 Post near Whaley Tavern Marker
This NY 39 post is near the marker. 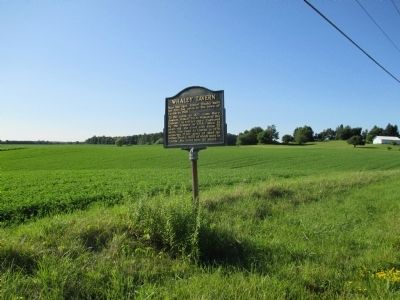