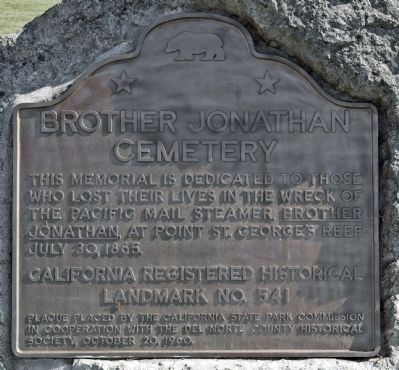 This memorial is dedicated to those who lost their lives in the wreck of the Pacific Mail Steamer, Brother Jonathan, at point St. George's Reef, July 30, 1865.

Topics and series. This historical marker is listed in these topic lists: Cemeteries & Burial Sites • Waterways & Vessels. In addition, it is included in the California Historical Landmarks series list. A significant historical month for this entry is July 1935. 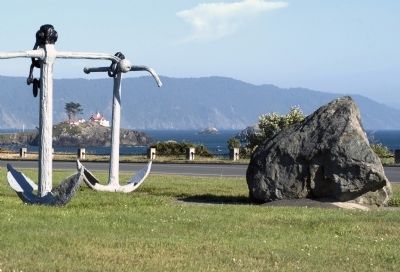 Photographed By Alvis Hendley, July 8, 2007
2. Brother Jonathan Cemetery Marker
The marker is mounted on the boulder. Battery Point Lighthouse is visible between the two anchors.