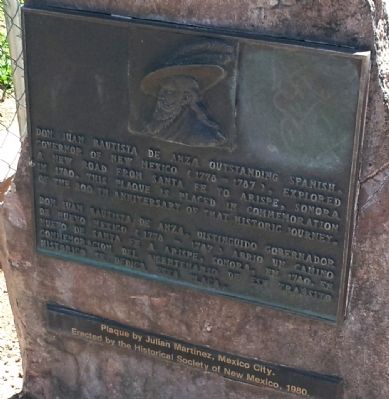 Don Juan Bautista de Anza, outstanding Spanish governor of New Mexico (1776–1787), explored a new road from Santa Fe to Arispe, Sonora, in 1780. This plaque is placed in commemoration of the 200th anniversary of that historic journey.

Topics. This historical marker is listed in these topic lists: Colonial Era • Exploration • Roads & Vehicles. A significant historical year for this entry is 1780.

Location. 35° 41.199′ N, 105° 56.671′ W. Marker is in Santa Fe, New Mexico, in Santa Fe County. Marker is on South Guadalupe Street north of West De Vargas Street, on the right when traveling north. It is at De Vargas Park across the street from the Shrine of Our Lady of Guadalupe church. Touch for map. Marker is in this post office area: Santa Fe NM 87501, United States of America. Touch for directions. 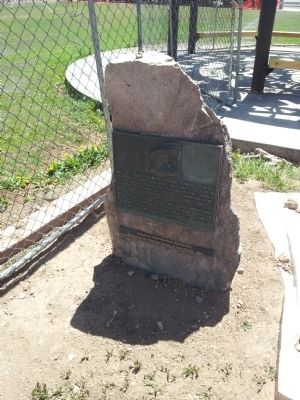 Also see . . .  Wikipedia Entry for Juan Bautista de Anza. “Governor de Anza led a punitive expedition against the Comanche group of Native Americans, who had been repeatedly raiding Taos during 1779. With his Ute and Apache Native American allies, and around 800 Spanish soldiers, Anza went north through the San Luis Valley, entering the Great Plains at what is now Manitou Springs, Colorado. Circling "El Capitan" (current day Pikes Peak), he surprised a small force of the Comanche near present day Colorado Springs. Pursuing them south down Fountain Creek, he crossed the Arkansas River near present day Pueblo, Colorado. He found the main body of the Comanche on Greenhorn Creek, returning from a raid in Nuevo México, and won a decisive victory. Chief Cuerno Verde, for whom Greenhorn Creek is named, and many other leaders of the Comanche were killed. 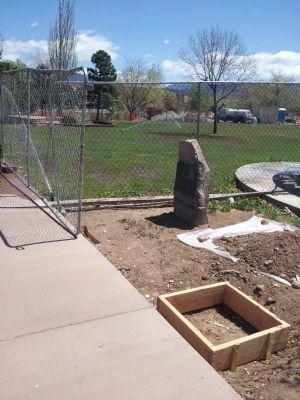 Photographed By J. J. Prats, May 2, 2013
3. Don Juan Bautista de Anza Marker
party found a route from Santa Fe to Sonora, west of the El Camino Real de Tierra Adentro. His various local military expeditions against tribes defending their homelands were often successful, but the Quechan (Yuma) Native American tribe which he had established peace with earlier rebelled, and he fell out of favor with the military commander of the Northern Frontier, the frontier-general. In 1783 Anza lead a campaign against the Comanche on the eastern plains and by 1784 they were suing for peace. The last of the Comanche chiefs eventually acceded and a formal treaty was concluded on 28 February 1786 at Pecos Pueblo. This paved the way for traders and the development of the Comanchero trade.” (Submitted on September 7, 2014.) 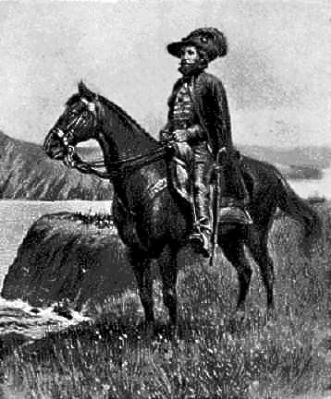 Editor’s want-list for this marker. Better Photographs without the wire fence. • Can you help?
Share this page.