Dedicated this 7th day of October 1990 to the memory of those young men of the Civilian Conservation Corps who lived and worked at the Allegany State Park. The legacy of the CCC is reflected in the many park roads, buildings and other facilities they constructed 50 years ago and which are still serving the public today.

Topics and series. This historical marker is listed in these topic lists: Charity & Public Work • Environment 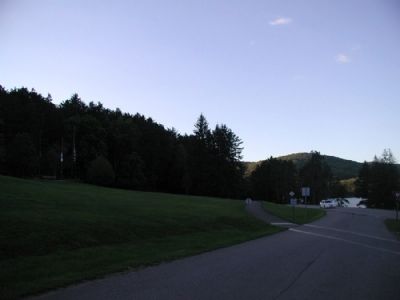 Click or scan to see
this page online
• Horticulture & Forestry • Man-Made Features. In addition, it is included in the Civilian Conservation Corps (CCC) series list. A significant historical month for this entry is October 1990.

Location. 42° 6.041′ N, 78° 44.95′ W. Marker is in Red House, New York, in Cattaraugus County. Marker can be reached from the intersection of Allegany State Park Rte. 1 and King's Row. This marker is in front of the Red House Area administration building, by the flag poles. Touch for map. Marker is in this post office area: Salamanca NY 14779, United States of America. Touch for directions.

More about this marker. A motor vehicle entrance fee is typically required during regular business hours in season and on weekends. 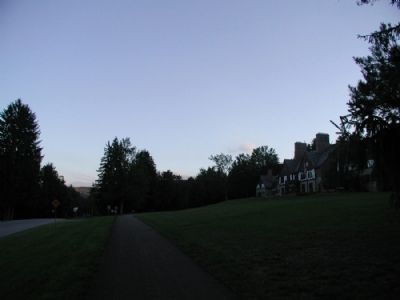 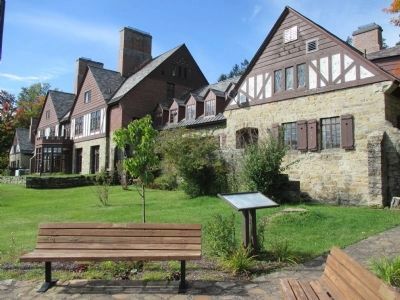 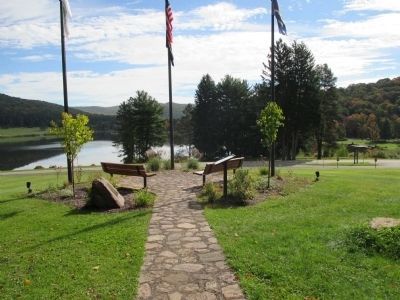 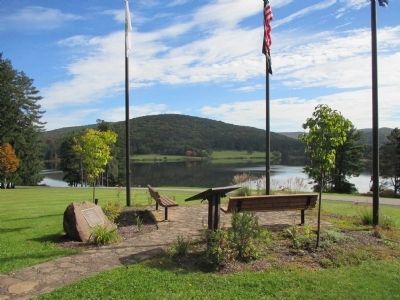