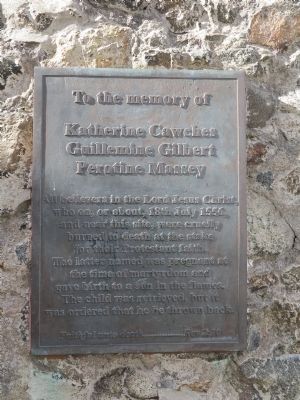 To the memory of Katherine Cawches, Guillemine Gilbert, Perotine Massey, all believers in the Lord Jesus Christ, who on, or about, 18th July 1556, and near this site, were cruelly burned to death at the stake for their Protestant faith.

The latter named was pregnant at the time of martyrdom and gave birth to a son in the flames. The child was retrieved, but it was ordered that he be thrown back.

Topics. This historical marker is listed in this topic list: Churches & Religion. A significant historical date for this entry is July 18, 1556. 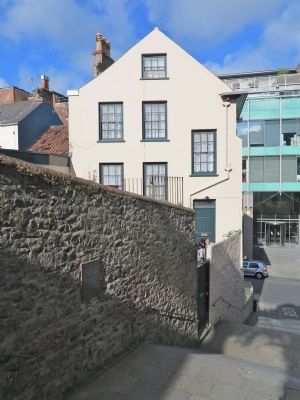 Click or scan to see
this page online
(sometimes given as "Katherine Cawches"). The three women were brought to court on a charge of receiving a stolen goblet. Although they were found to be not guilty of that charge, it emerged that their religious views were contrary to those required by the church authorities. They were returned to prison in Castle Cornet and later found guilty of heresy by an Ecclesiastical court held in the Town Church and handed over to the Royal Court for sentencing where they were condemned to death. 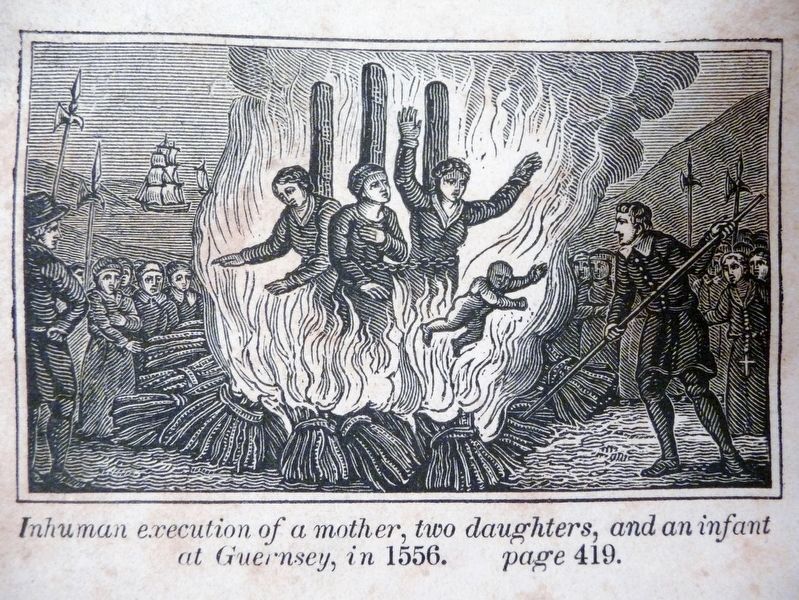