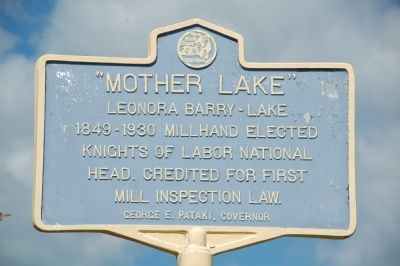 Topics and series. This historical marker is listed in these topic lists: Industry & Commerce • Labor Unions • Women. In addition, it is included in the Women's Suffrage series list. A significant historical year for this entry is 1849. 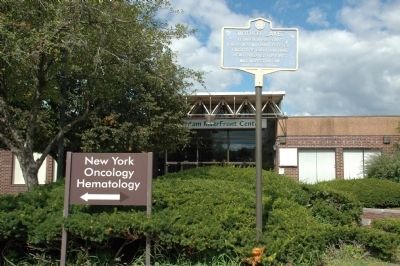 More about this marker. 1998 marked the 150th Anniversary of the Women's Rights Movement, launched at the world's first Women's Rights Convention held in Seneca Falls, New York on July 19 to July 20, 1848.

To honor that anniversary The New York State Governor's Commission Honoring the Achievements of Women has expanded the New York State historical marker program, started in 1926, to more accurately reflect women's contributions to history. Each county was asked to participate by nominating three historic local women who contributed to the community and deserved recognition. From these nominations, the Commission sponsored the creation and installation of a historical marker for every participating county.

The markers are cast iron painted with the colors of the suffrage movement, purple and gold. The markers were dedicated and installed throughout the state during the fall of 1998. The "Mother Lake" marker is one of approximately 50 markers added that year.