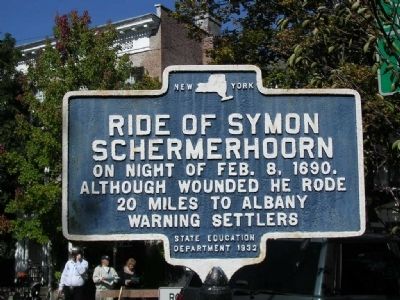 On Night of Feb. 8, 1690.
Although Wounded He Rode
20 Miles To Albany
Warning Settlers

Topics. This historical marker is listed in these topic lists: Colonial Era • Native Americans • Settlements & Settlers. A significant historical date for this entry is February 8, 2007. 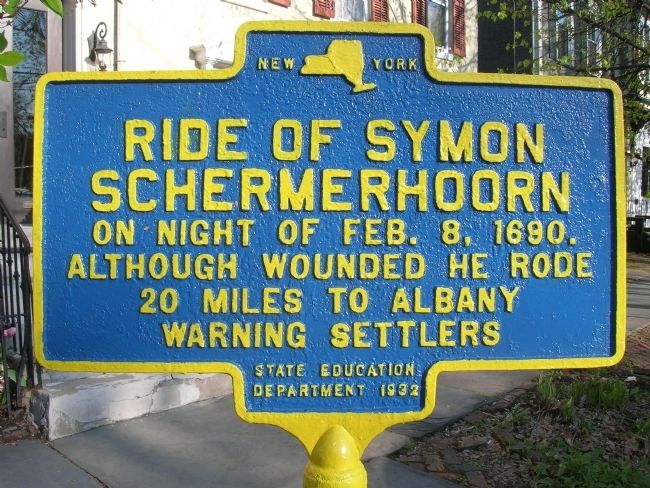 Regarding Ride of Symon Schermerhoorn. At the time of the Schenectady Massacre, in 1690, when that city was destroyed by a hostile French and Indian force, Symon Schermerhorn escaped and rode along the River Road and Old Niskayuna Road, warning the settlers; thence on to Albany with the news. Schermerhorn's descendants still live on the road named for him in the Mohawk area. Below is the description from "Forts and Fires the Mohawk Country, New York" by John J. Vrooman relating the dramatic tale:

Near midnight on February 8, 1690 Symon Schermerhorn was roused by his great dog Negar. When he opened the shutter he saw, almost in disbelief, a column of men in strange uniforms, followed by a file of Indians. Rousing his brother, he said, "Ryer, the French are in town - I will ride to Albany and give the alarm." He was able to saddle his horse and get to the north gate before he was fired upon, wounding his thigh and the horse. His route passed close to the river and through Niskayuna, where there was no doctor. He had to pull his mare down to walk because of the pain. It is logical that he turned down the Crooked Road 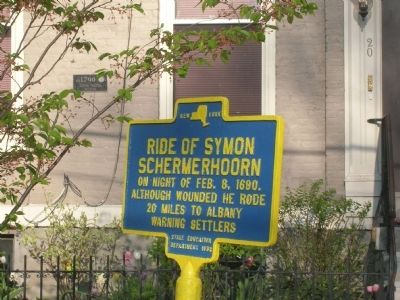 Photographed By Howard C. Ohlhous, April 29, 2008
3. Ride of Symon Schermerhoorn Marker
(Old Niskayuna Road) and on down the hill to the stockade gate. Numbed by the cold and weak from loss of blood he could barely stammer "Schenectady - French - Indians - Fire - everything afire." 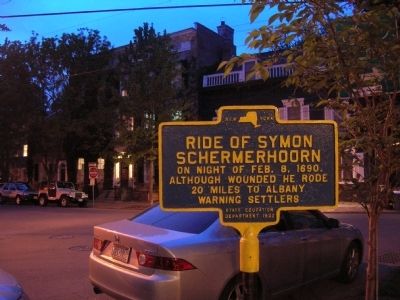 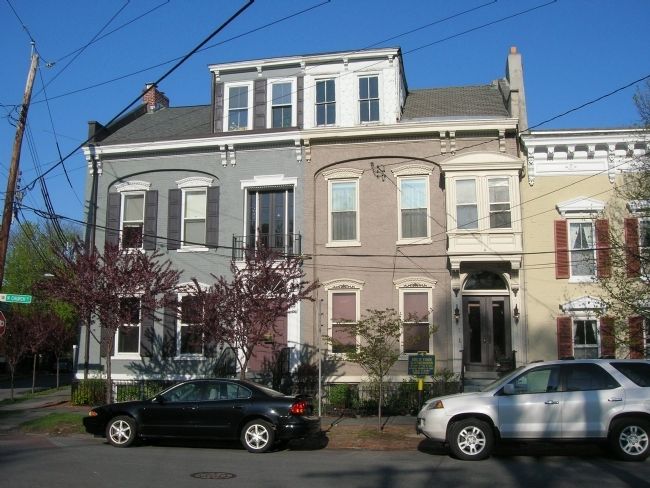