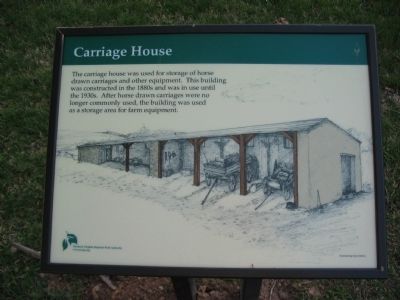 Photographed By Craig Swain, April 2, 2008
1. Carriage House Marker
Inscription.
Carriage House. . The carriage house was used for storage of house drawn carriages and other equipment. This building was constructed in the 1880s and was in use until the 1930s. After horse drawn carriages were no longer commonly used, the building was used as a storage area for farm equipment. . This historical marker was erected in 2008 by Northern Virginia Regional Park Authority. It is Near Leesburg in Loudoun County Virginia

Topics and series. This historical marker is listed in this topic list: Agriculture. In addition, it is included in the NOVA Parks series list. 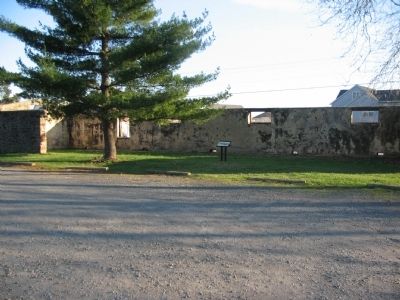 Photographed By Craig Swain, April 2, 2008
2. Marker Seen from the Parking Lot
Behind the marker are the remains of the carriage house.