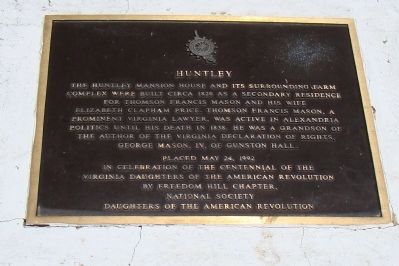 By J. J. Prats, May 25, 2008
1. Huntley Marker
Inscription.
Huntley. . The Huntley mansion house and its surrounding farm complex were built circa 1820 as a secondary residence for Thomson Francis Mason and his wife Elizabeth Clapman Price. Thomson Francis Mason, a prominent Virginia lawyer, was active in Alexandria politics until his death in 1838. He was a grandson of the author of the Virginia Declaration of Rights, George Mason, IV, of Gunston Hall. . This historical marker was erected in 1992 by Fredom Hill Chapter, National Society, Daughters of the American Revolution, in celebration of the Centennial of the Virginia Daughters of the American Revolution, on May 24th.. It is in Groveton in Fairfax County Virginia

The Huntley mansion house and its surrounding farm complex were built circa 1820 as a secondary residence for Thomson Francis Mason and his wife Elizabeth Clapman Price. Thomson Francis Mason, a prominent Virginia lawyer, was active in Alexandria politics until his death in 1838. He was a grandson of the author of the Virginia Declaration of Rights, George Mason, IV, of Gunston Hall.

Location. 38° 45.94′ N, 77° 5.721′ W. Marker is in Groveton, Virginia, in Fairfax County. Marker is on Huntley Meadows Lane west of Harrison Lane (County Route 723), on the right when traveling west. Touch for map. Marker is in this post office area: Alexandria VA 22306, United States of America. Touch for directions.

Other nearby markers. At least 8 other markers are within walking distance of this marker. A View from the Beginning (a few steps from this marker); Explore Historic Huntley 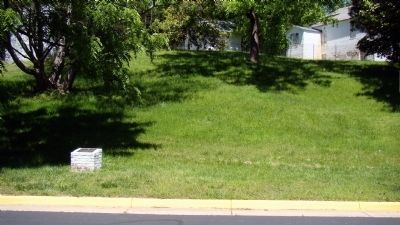 By J. J. Prats, May 25, 2008
2. Marker on the Curb and Huntley on the Hill Above
Difficult to photograph are the remains of the “falling gardens” or earthen terraces in front of the mansion. Today they are lawn.
(a few steps from this marker); Missing Views, Lost Stories (within shouting distance of this marker); New Views, New Voices (within shouting distance of this marker); Unfolding Views, Hidden Stories (about 300 feet away, measured in a direct line); a different marker also named Huntley (about 400 feet away); Saint Mark's Episcopal Church (approx. half a mile away); Beacon Field Airport (approx. ¾ mile away). Touch for a list and map of all markers in Groveton.

Regarding Huntley. From pages tacked up in a glass-covered bulletin board near this marker. “One mystery of Huntley’s past is that the two rectangular masonry wings on the east and west sides apparently were built before the central block was built. They are separate from the center, not joined by any brickwork, but merely abutted. All of the doorways that join the wings to the central block were punched through the finished walls of the wings, in contrast to the exterior doors on both wings, and central block, all of which were constructed properly with masonry lintels and dressed door jambs. ...

“The Civil War at Huntley. At the beginning 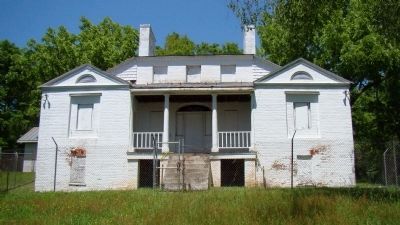 By J. J. Prats, May 25, 2008
3. Huntley
This is the south face, which faces the Huntley Meadows Lane.
of the war, Huntley was being farmed by a tenant, George Johnson, who was a Union sympathizer. There is some irony in the fact that the Mason brothers joined the Confederate army, with Arthur Pendleton serving on the staffs of Generals Lee and Johnston, while their tenant Johnson provided supplies to the Union. During the winter of 1861, troops of the 3rd Michigan Infantry camped at Huntley, and their quartermaster and his wife lived in the house. This may be why Huntley was not burned during the war.” 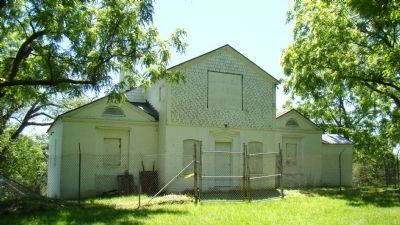 By J. J. Prats, May 25, 2008
4. Rear View of Huntley
This is the north face. A carriageway from Harrison Lane went past this entrance to the mansion. 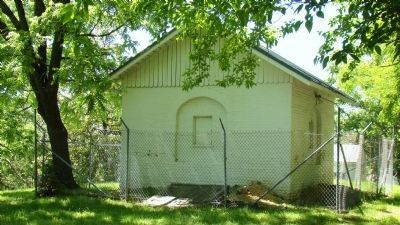 By J. J. Prats, May 25, 2008
5. Outbuilding Has a Root Cellar
An underground domed room used to store winter ice for summer use can be reached through the root cellar. 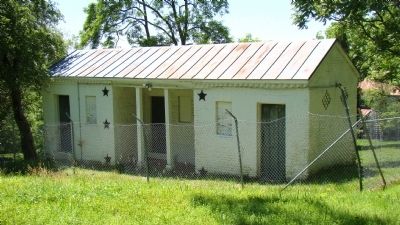 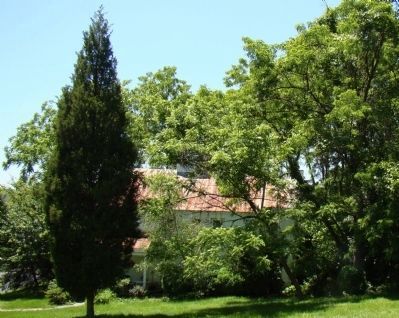 By J. J. Prats, May 25, 2008
7. Tenant House
At the southwest corner of the property on Huntley Meadows Lane. This house is occupied. 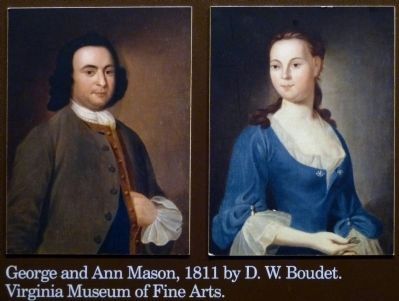 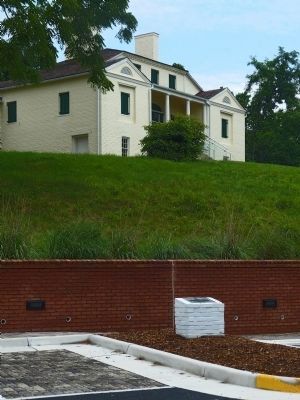 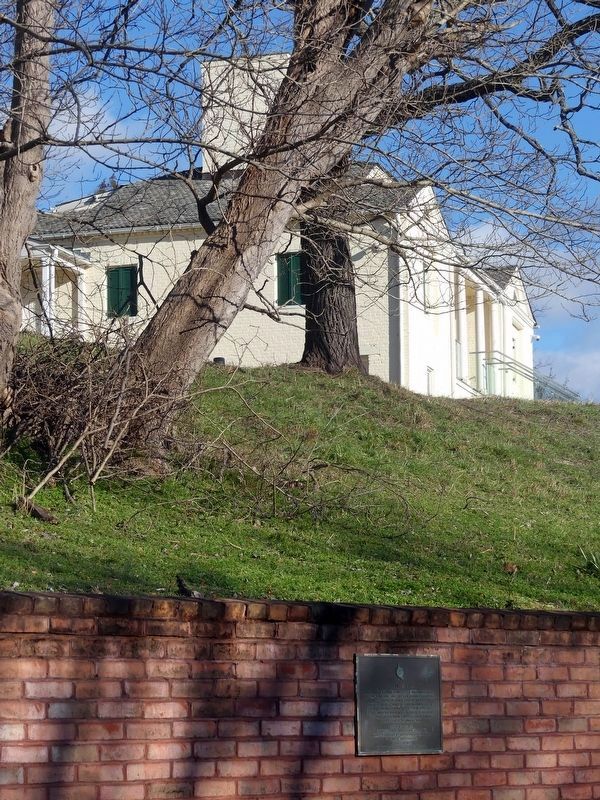 By Allen C. Browne, January 5, 2020
10. Huntley Marker
The DAR marker have been moved from its white pedestal to the brick wall. 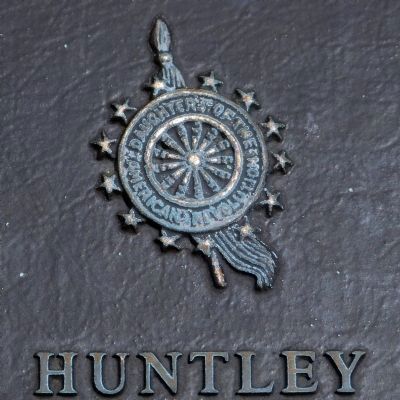