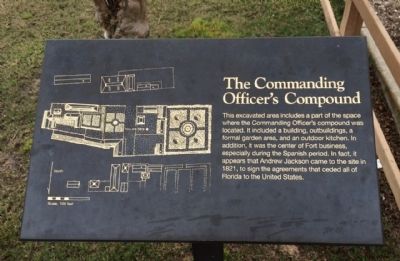 This excavated area includes a part of the space where the Commanding Officer's Compound was located. It included a building, outbuildings, a formal garden area, and an outdoor kitchen. In addition, it was the center of Fort business, especially during the Spanish period. In fact, it appears that Andrew Jackson came to the site in 1821, to sign the agreements that ceded all of Florida to the United States.

Erected by the City of Pensacola, the University of West Florida & the Historic Pensacola Preservation Board.

Topics and series. This historical marker is listed in these topic lists: Colonial Era • Forts and Castles • Settlements & Settlers. In addition, it is included in the Former U.S. Presidents: #07 Andrew Jackson series list.

Location. 30° 24.522′ N, 87° 12.754′ W. Marker is in Pensacola, Florida, in Escambia County. Marker can be reached from the intersection of East Zarragossa Street and East Jefferson Street. Located behind the T.T. Wentworth Florida State Museum. Touch for map. 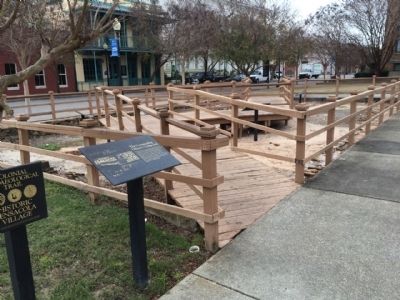 By Mark Hilton, January 1, 2015
2. The Commanding Officer's Compound dig site.
Marker is at or near this postal address: 330 East Jefferson Street, Pensacola FL 32502, United States of America. Touch for directions. 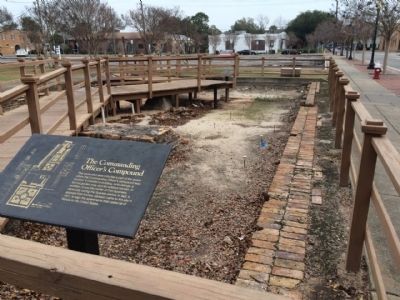 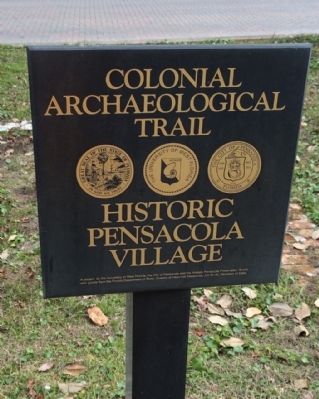 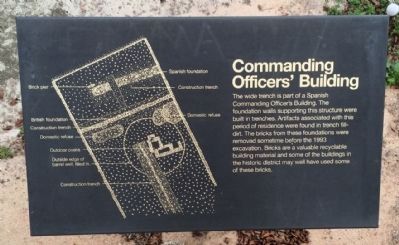 By Mark Hilton, January 1, 2015
5. The Commanding Officers' Building
The wide trench is part of a Spanish Commanding Officer's Building. The foundation walls supporting this structure were built in trenches. Artifacts associated with this period of residence were found in trench fill-dirt. The bricks from these foundations were removed sometime before the 1993 excavation. Bricks are a valuable recyclable building material and some of the buildings in the historic district may well have used some of these bricks. 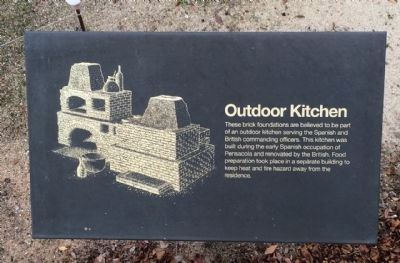 By Mark Hilton, January 1, 2015
6. Outdoor Kitchen
These brick foundations are believed to be part of an outdoor kitchen serving the Spanish and British commanding officers. This kitchen was built during the early Spanish occupation of Pensacola and renovated by the British. Food preparation took place in a separate building to keep heat and fire hazard away from the residence. 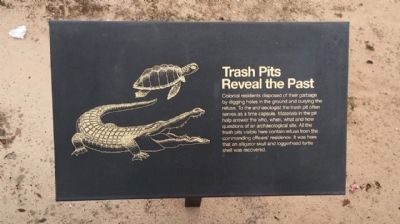 By Mark Hilton, January 1, 2015
7. Trash Pits Reveal the Past
Colonial residents disposed of their garbage by digging holes in the ground and burying the refuse. To the archaeologist the trash pit often serves as a time capsule. Materials in the pit help answer the who, when, what and how questions of an archaeological site. All the trash pits visible here contain refuse from the commanding officers' residence. It was here that an alligator skull and loggerhead turtle shell was recovered. 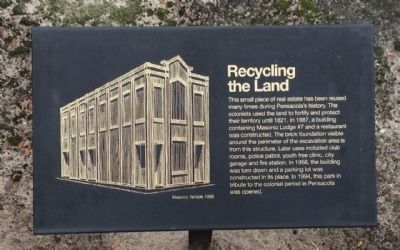 By Mark Hilton, January 1, 2015
8. Recycling the Land
This small piece of real estate has been reused many times during Pensacola history. The colonists used the land to fortify and protect their territory until 1821, In 1887, a building containing Masonic Lodge #7 and a restaurant was constructed. The brick foundation visible around the perimeter of the excavation area is from this structure. Later uses included club rooms, police patrol, youth free clinic, city garage and fire station. In 1956, the building was torn down and a parking lot was constructed in its place. In 1994, this park in tribute to the colonial period in Pensacola was opened. 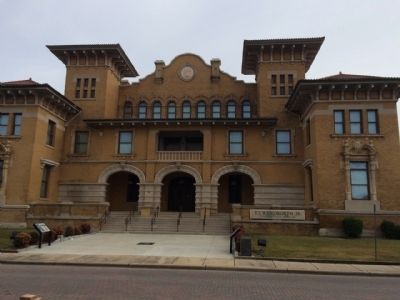