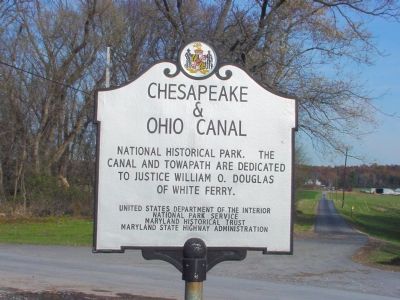 Topics and series. This historical marker is listed in these topic lists: Parks & Recreational Areas • Waterways & Vessels. In addition, it is included in the Chesapeake and Ohio (C&O) Canal series list. 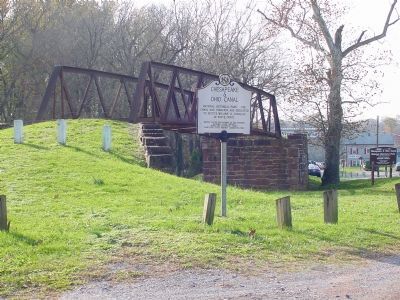 Photographed By J. J. Prats, November 4, 2006
2. Chesapeake & Ohio Canal Marker
One lane iron bridge behind the marker once carried Whites Ferry Road up and over the canal to the ferry.

Additional commentary.
1. White’s Ferry Fares
Fare for automobiles is $3 one way or $5 round trip. Pedestrians and bicyclists 50¢ each. Ferry operates year-round (except when the river floods or freezes solid), but the restaurant, gift and convenience shop is only open during the six summer months. 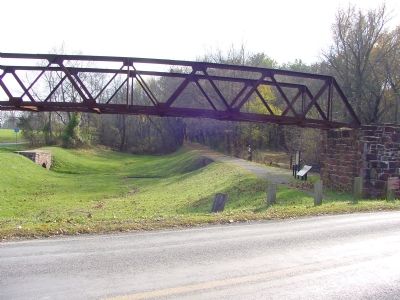 Photographed By J. J. Prats, November 4, 2006
3. The C&O Canal at White's Ferry
Now the ferry is reached across this level road laid across the canal. The ferry is out of frame to the right. 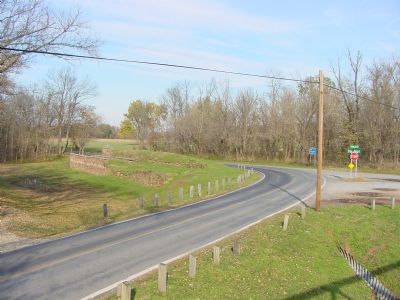 Photographed By J. J. Prats, November 4, 2006
4. Ruins of Canal Granary at White's Ferry
White owned a number of warehouses along the canal. This was for shipment transfers by road to and from Virginia via White's Ferry. River Road begins at this intersection and continues all the way to Tenleytown in Washington, D.C. 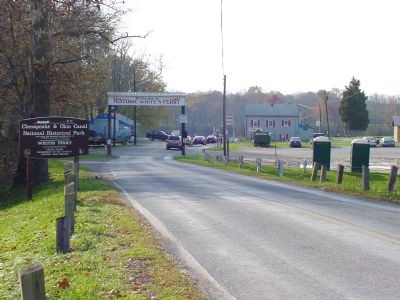