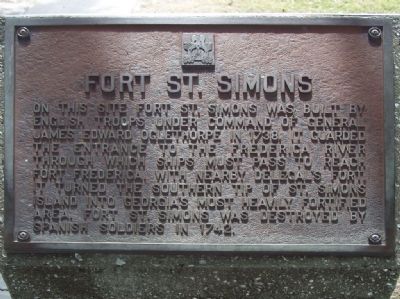 On this site Fort St. Simons was built by English troops under command of General James Edward Oglethorpe in 1738. It guarded the entrance to the Frederica River through which ships must pass to reach Fort Frederica. With nearby Delegal's Fort, it turned the southern tip of St. Simons Island into Georgia's most heavily fortified area. Fort St. Simons was destroyed by Spanish soldiers in 1742. 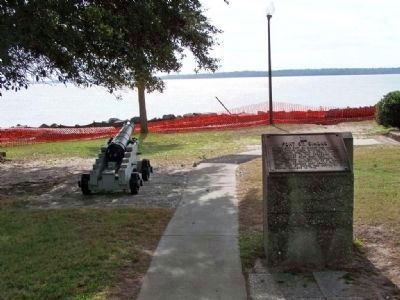 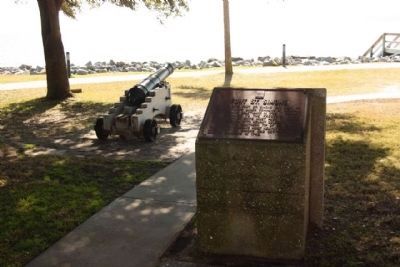