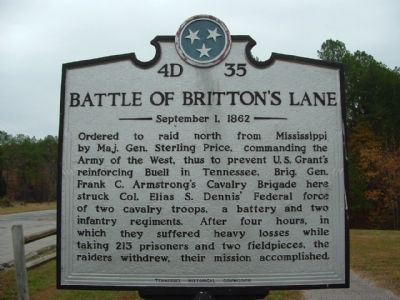 Topics and series. This historical marker is listed in this topic list: War, US Civil. In addition, it is included in the Former U.S. Presidents: #18 Ulysses S. Grant, and the Tennessee Historical Commission series lists.

Other nearby markers. At least 8 other markers are within 4 miles of this marker, measured as the crow flies 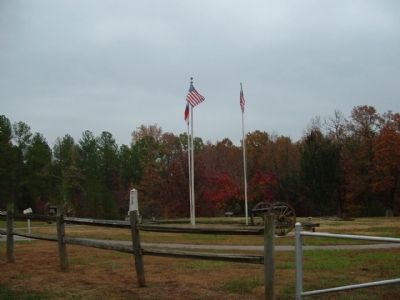 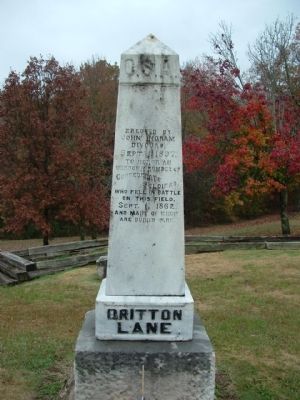 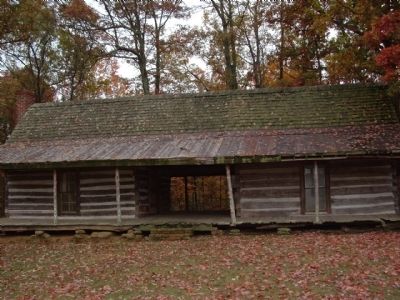 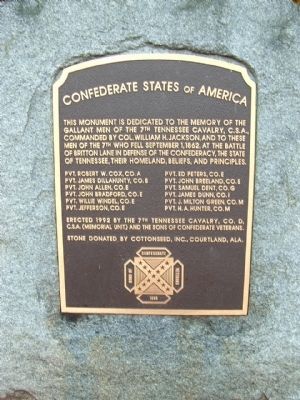 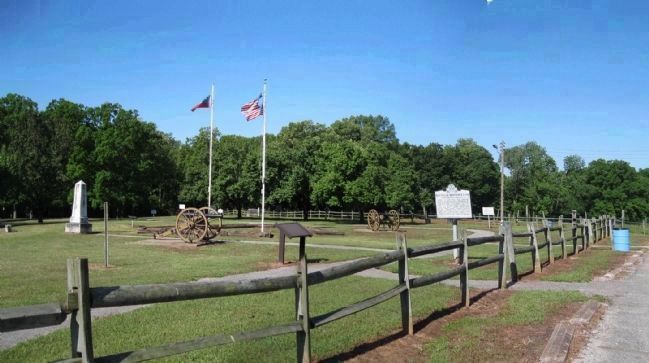 Photographed By David Graff, April 23, 2012
6. General Armstrong's Raid Interpretation
Beside the walking path along the western edge of the park, a set of signs recounts the circumstances of Confederate Brigadier General Frank Armstrong's raid into Tennessee which culminated with the Battle at Britton's Lane. Some of the signs are visible in the far distance beside the trees. 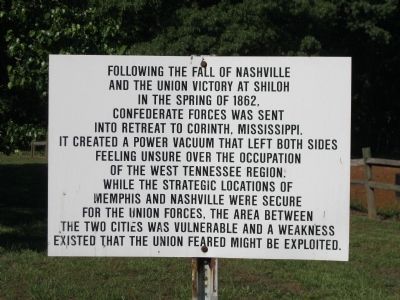 Photographed By David Graff, April 23, 2012
7. Following the fall of Nashville
and the Union victory at Shiloh in the spring of 1862, Confederate forces was sent into retreat to Corinth, Mississippi. It created a power vacuum that left both sides feeling unsure over the occupation of the West Tennessee region. While the strategic locations of Memphis and Nashville were secure for the Union forces, the area between the two cities was vulnerable and a weakness existed that the Union feared might be exploited. 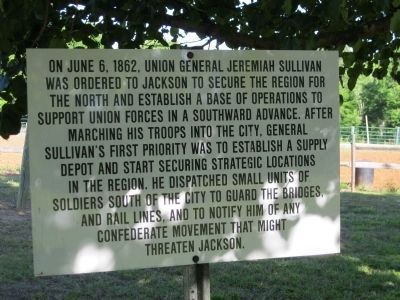 Photographed By David Graff, April 23, 2012
8. On June 6, 1862, Union General Jeremiah Sullivan
was ordered to Jackson to secure the region for the North and establish a base of operations to support Union forces in a southward advance. After marching his troops into the city, General Sullivan's first priority was to establish a supply depot and start securing strategic locations in the region. He dispatched small units of soldiers south of the city to guard the bridges, and rail lines, and to notify him of any Confederate movement that might threaten Jackson. 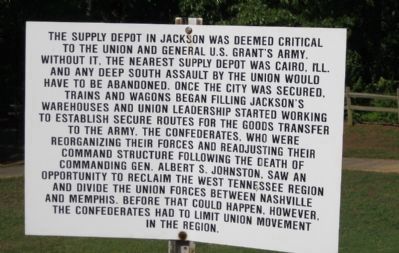 Photographed By David Graff, April 23, 2012
9. The supply depot in Jackson was deemed critical
to the Union and General U.S. Grant's army. Without it, the nearest supply depot was Cairo, Illinois and any deep south assault by the Union would have to be abandoned. Once the city was secured, trains and wagons began filling Jackson's warehouses and Union leadership started working to establish secure routes for the goods transfer to the army. The Confederates, who were reorganizing their forces and readjusting their command structure after the death of Commanding General Albert S. Johnston, saw an opportunity to reclaim the West Tennessee region and divide the Union forces between Nashville and Memphis. Before that could happen, however, the Confederates had to limit Union movement in the region. 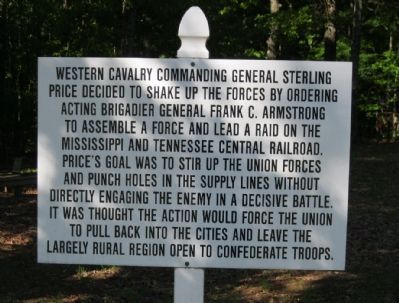 Photographed By David Graff, April 23, 2012
10. Western cavalry Commanding General Sterling Price
decided to shake up the forces by ordering Acting Brigadier General Frank C. Armstrong to assemble a force and lead a raid on the Mississippi and Tennessee Central Railroad. Price's goal was to stir up the Union forces and punch holes in the supply lines without directly engaging the enemy in a decisive battle. It was thought the action would force the Union to pull back into the cities and leave the largely rural region open to Confederate troops. 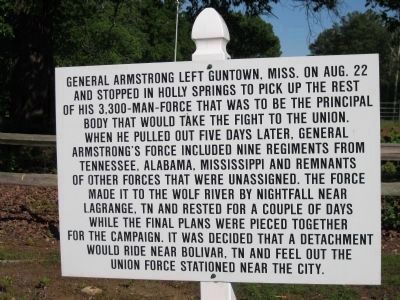 Photographed By David Graff, April 23, 2012
11. General Armstrong left Guntown, Mississippi
on August 22 and stopped in Holly Springs to pick up the rest of his 3,300-man-force that was to be the principal body that would take the fight to the Union. When he pulled out five days later, General Armstrong's force included nine regiments from Tennessee, Alabama, Mississippi and remnants of other forces that were unassigned. The force made it to the Wolf River by nightfall near La Grange, Tennessee and rested for a couple of days while the final plans were pieced together for the campaign. It was decided that a detachment would ride near Bolivar, Tennessee and feel out the Union force stationed near the city. 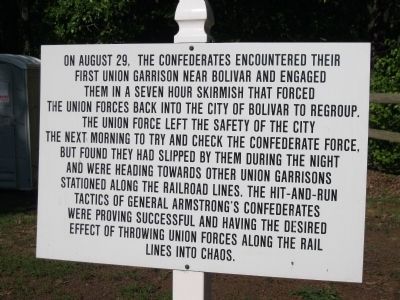 Photographed By David Graff, April 23, 2012
12. On August 29, the Confederates
encountered their first Union garrison near Bolivar and engaged them in a seven hour skirmish that forced the Union forces back into the city of Bolivar to regroup. The Union force left the safety of the city the next morning to try and check the Confederate force, but found they had slipped by them during the night and were heading towards other Union garrisons stationed along the railroad lines. The hit-and-run tactics of General Armstrong's Confederates were proving successful and having the desired effect of throwing Union forces along the rail lines into chaos.
Credits. This page was last revised on September 10, 2020. It was originally submitted on January 6, 2012, by Ken Smith of Milan, Tennessee. This page has been viewed 756 times since then and 49 times this year. Last updated on April 7, 2015, by J. Makali Bruton of Querétaro, Mexico. Photos:   1, 2, 3, 4, 5. submitted on January 6, 2012, by Ken Smith of Milan, Tennessee.   6, 7, 8, 9, 10, 11, 12. submitted on October 31, 2013, by David Graff of Halifax, Nova Scotia. • Bill Pfingsten was the editor who published this page.
Share this page.