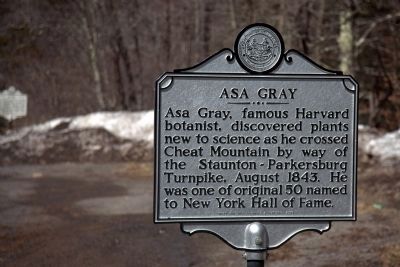 By J. J. Prats, March 15, 2015
1. Asa Gray Side of Marker
In the distance is the adjacent Cheat Summit Camp marker.
Inscription.
Asa Gray, also, Buffalo-Indian Trail. . . Asa Gray. Asa Gray, famous Harvard botanist, discovered plants new to science as he crossed Cheat Mountain by way of the Staunton-Parkersburg Turnpike, August 1843. He was one of the original 50 named to New York Hall of Fame. . . Buffalo-Indian Trail. Remnants of a Buffalo-Indian Trail as well as a wagon road of a 1788 survey can still be seen near the place where the Staunton-Parkersburg Turnpike crossed Cheat Mountain Summit one-fourth mile west. . This historical marker was erected in 2012 by West Virginia Archives and History. It is Near Cheat Bridge in Randolph County West Virginia

Asa Gray. Asa Gray, famous Harvard botanist, discovered plants new to science as he crossed Cheat Mountain by way of the Staunton-Parkersburg Turnpike, August 1843. He was one of the original 50 named to New York Hall of Fame.

Topics and series. This historical marker is listed in these topic lists: Native Americans • Roads & Vehicles • Science & Medicine. In addition, it is included in the West Virginia Archives and History series list. 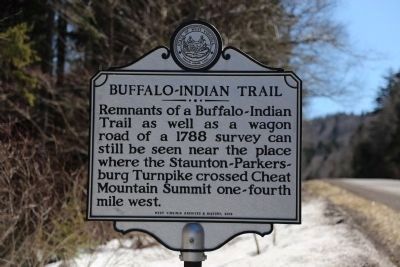 More about this marker. An earlier version of this marker, same titles, same text, same location, is listed in the WV Division of Culture and History’s 2002 West Virginia’s Historical Highway Markers book Marking our Past.

Also see . . .
1. Asa Gray Wikipedia Entry. “Asa Gray is considered the most important American botanist of the 19th century. His Darwiniana was also considered an important explanation of how religion and science were not necessarily mutually exclusive.” (Submitted on April 7, 2015.)

2. Cheat Mountain Wikipedia Entry. “Cheat Mountain is an exceptionally high and rugged ridge situated in the Allegheny Mountains of eastern West Virginia. It is about 50 miles (80 km) long (north to south) and more than five miles (8 km) wide at its widest. Its highest point is at its southernmost end at Thorny Flat, which has an elevation of 4,848 feet (1,478 m). Several other knobs rise above 4,000 feet (1,200 m) along its length.” (Submitted on April 7, 2015.) 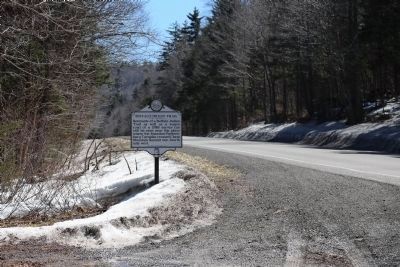 By J. J. Prats, March 15, 2015
3. Asa Gray / Buffalo-Indian Trail Marker
. “The Staunton-Parkersburg Turnpike was built in the Commonwealth of Virginia during the second quarter of the 19th century to provide a roadway from Staunton and the upper Shenandoah Valley to the Ohio River at present-day Parkersburg. Engineered by Claudius Crozet through the mountainous terrain, it was a toll road partially funded by the Virginia Board of Public Works. Control of this road became crucial during the American Civil War. Today, the Staunton-Parkersburg Turnpike can be traveled following Route 47 east from Parkersburg to Linn, then Route 33 east through Weston and Buckhannon to Elkins, then Route 250 south through Beverly and Huttonsville, crossing the West Virginia/Virginia state line to Stauton, Virginia.” (Submitted on April 7, 2015.) 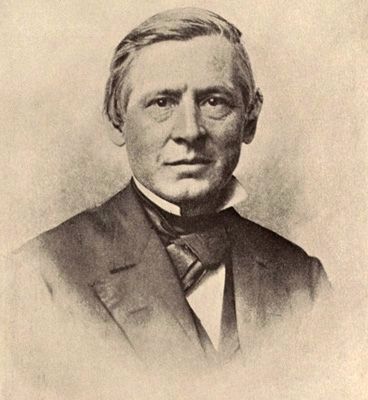