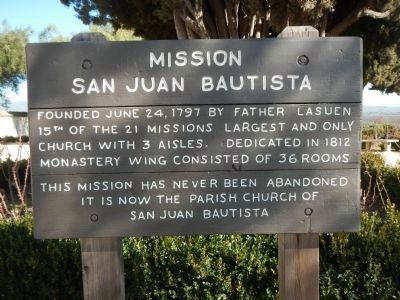 Founded June 24, 1797 by Father Laseun
15th of the 21 Missions largest and only church with 3 aisles. Dedicated in 1812
Monastery wing consisted of 36 rooms

This Mission has never been abandoned. It is now the parish church of San Juan Bautista.

Topics and series. This historical marker is listed in these topic lists: Churches & Religion • Exploration • Native Americans • Settlements & Settlers. In addition, it is included in the California Historical Landmarks, and the Daughters of the American Revolution series lists. 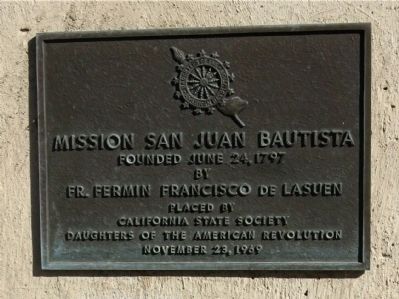 Regarding Mission San Juan Bautista. Mission San Juan Bautista and the town of San Juan played a major part in early California history. In 1846, just prior to the war with Mexico, Colonel John C. Frémont came to the vicinity of the Mission with surveyors, trappers, and Delaware Indians and established a fortress atop Gavilan Mountain. In the days of the Gold Rush this was a stage stop on the main road and the famed Bandit Joaquin Murrietta is reported to have visited the Mission several times. 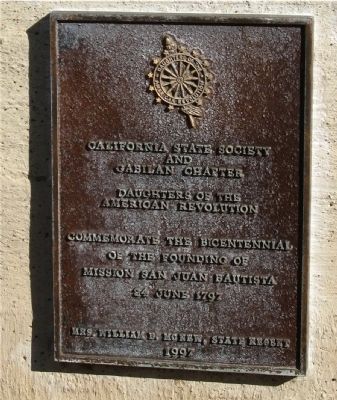 By Syd Whittle, January 11, 2009
3. Lower - Mission San Juan Bautista Marker
California State Society
and
Gabilan Chapter
Daughters of the
American Revolution
Commemorate the Bicentennial
of the Founding of
Mission San Juan Bautista
24 June 1797
Mrs. William B. McNew, State Regent
1997
The Indian name was Popelout, or Popeloutchom. It is known for being the largest of the mission churches, with three aisles instead of the single aisle in other mission churches. Three of the nine bells in the chapel area remain. The church is active and has been since the Mission's founding. (Submitted on January 16, 2009.)

Additional comments.
1. Mission San Juan Bautista
This site was designated as California Registered Historical Landmark No.195 on June 20, 1935.
Statement of Significance:
Founded June 24,1790, Mission San Juan Bautista, partly destroyed by the earthquakes of 1800 and 1906, was repeatedly restored. The two bells it now uses were salvaged from its original chime. The plaza on its south, surrounded by old adobes, has witnessed many historic scenes, including General Frémont's activities in 1846.
— Submitted January 16, 2009.
2. The Mission
The Mission, founded in 1797, is the oldest building in the San Juan Bautista State Historic Park. Padre Fermin Francisco de Lasuen chose this location because there were many Indians in the area, and because it was about a day's walk from both Mission Santa Clara and Mission 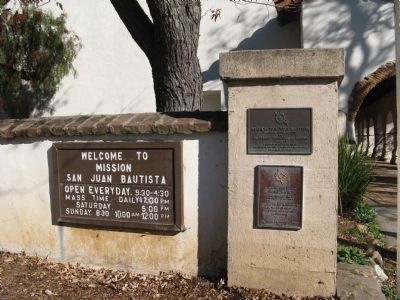 By Syd Whittle, January 11, 2009
4. Mission San Juan Bautista Markers
San Carlos Borromeo at Carmel. Excellent soil and a good water supply, as well as timber, lime and sandstone, were available nearby.
At one time some 1,200 Indians lived and worked at the Mission. More than 4,300 are buried in the old cemetery, along with a number of Spanish Californians.
The church itself, the largest mission church in California, was started in 1803, and despite damage from numerous earthquakes, it has been in continuous use since July 1, 1812.
Source: Mission San Juan Bautista Historic State Park Brochure
— Submitted January 16, 2009. 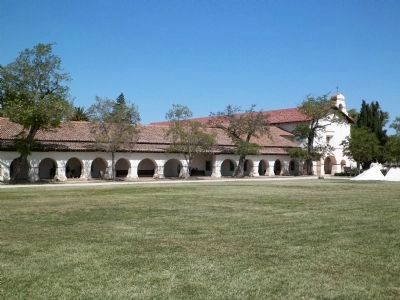 By James King, April 4, 2015
5. Mission San Juan Bautista Marker
The marker can be seen to the right of the main arch and to to the left of the tent. 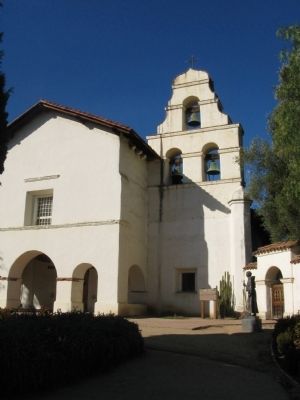 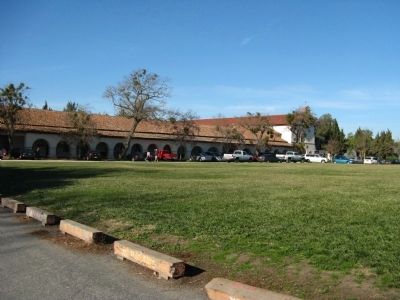 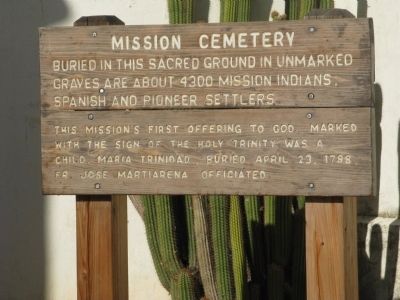 By Syd Whittle, January 11, 2009
8. Sign at Entrance to Mission Cemetery
MISSION CEMETERY
Buried in this sacred ground in unmarked graves are about 4300 Mission Indians, Spanish and Pioneer Settlers.

This Mission's first offering to God, marked with the Sign of the Holy Trinity was a child. Maria Trinidad, buried April 23, 1798. Fr. Jose Martiarena officiated. 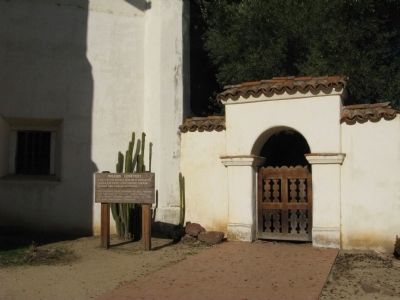 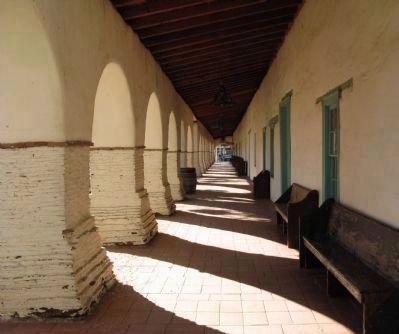 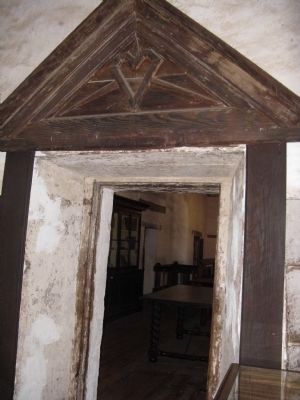 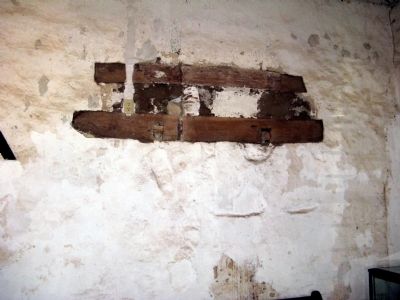 By Syd Whittle, January 11, 2009
12. Interior of the Mission San Juan Bautista
An example of the adobe and wooden beams used in construction of the Mission 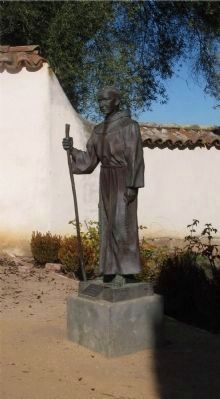 By Syd Whittle, January 11, 2009
13. Junipero Serra
Statue on the grounds of the Mission 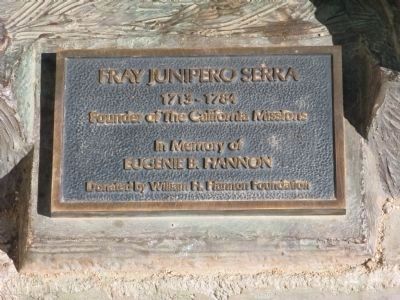 By Syd Whittle, January 11, 2009
14. Marker at Base of Junipera Serra Statue
FRAY JUNIPERO SERRA
1713-1784
Founder of the California Missions
In Memory of
EUGENIE B. HANNON
Donated by William H. Hannon Foundation 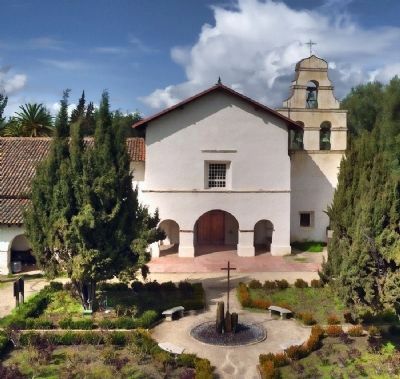 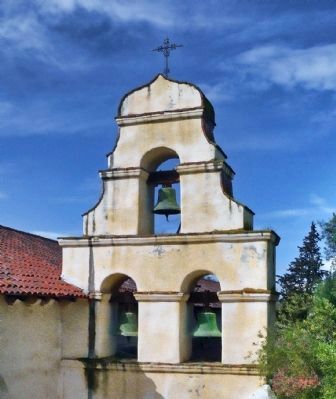 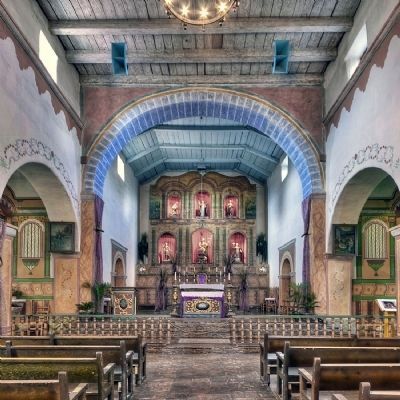 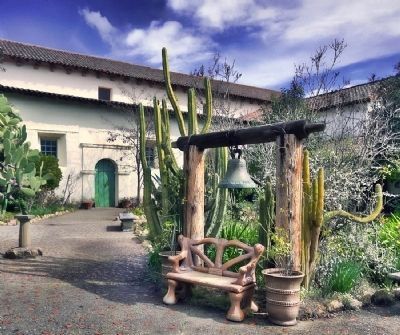 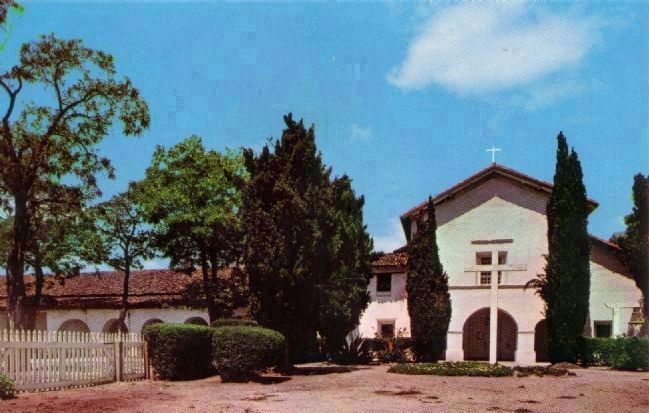 Mike Roberts, Distributed by Bob Ball, Visalia, Ca, circa 1977
19. Mission San Juan Bautista
Description on Postcard: MISSION SAN JUAN BAUTISTA, founded in 1797, is the largest of the 21 Missions. This Mission, with its 4 feet thick adobe walls, took the Indians 15 years to build.

Note the white picket fence and the cross in front of the entrance door - neither of these are here today. Also note that the bell tower has been restored since this photo image was taken. 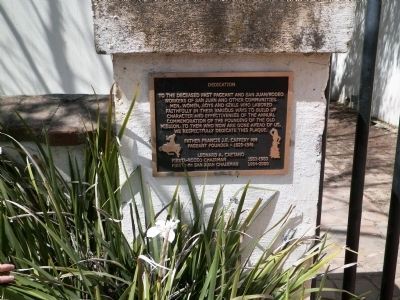 To the deceased past pageant and San Juan/Rodeo workers of San Juan and other communities. Men, women, boys and girls who labored faithfully in their various ways to build up character and effectiveness of the annual commemoration of the founding of the old mission. To them who now are gone ahead of us, we respectfully dedicate this plaque. 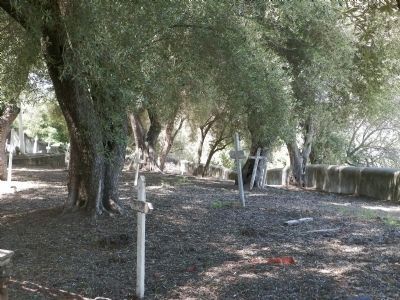 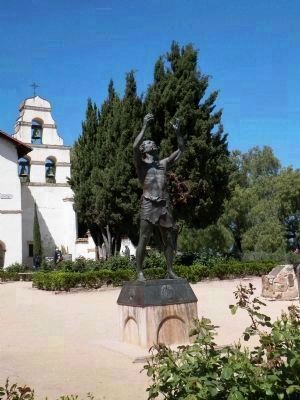 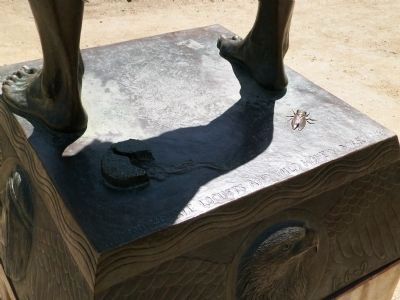 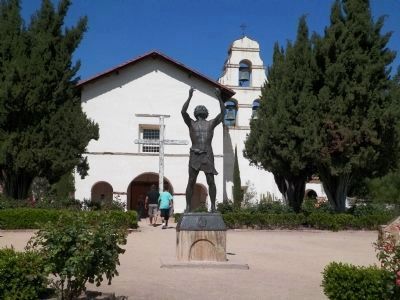