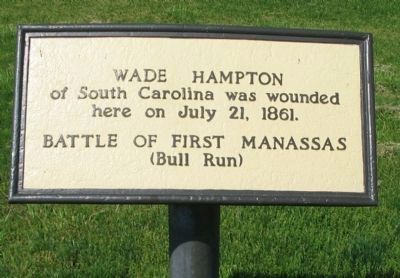 Topics. This historical marker is listed in this topic list: War, US Civil. A significant historical date for this entry is July 21, 1861.

Location. 38° 48.882′ N, 77° 31.382′ W. Marker is near Manassas, Virginia, in Prince William County. Marker can be reached from Sudley Road (State Road 234) 0.4 miles south of Lee Highway (U.S. 29), on the right when traveling north. The marker on the Henry House Hill trail, which starts at the Manassas National Battlefield Park visitor center. Touch for map. Marker is in this post office area: Manassas VA 20109, United States of America. Touch for directions. 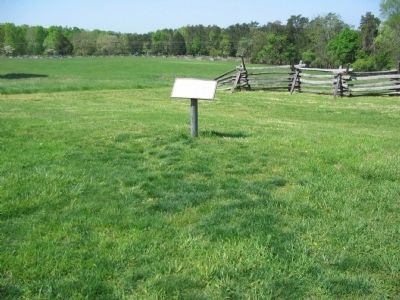 Photographed By Craig Swain, May 4, 2008
2. Marker Near the Henry House Fence

Click or scan to see
this page online
The Marines of '61 (within shouting distance of this marker); 7th Georgia Markers (about 300 feet away, measured in a direct line). Touch for a list and map of all markers in Manassas.

Also see . . .  Wade Hampton. Wade Hampton had a storied Civil War career. A wealthy planter from South Carolina, at 1st Manassas he lead his own "legion" of troops (combining infantry, cavalry and artillery - though the artillery was not present at the battle). As the war progressed Hampton became one of the Confederacy's important cavalry leaders. (Submitted on June 8, 2008, by Craig Swain of Leesburg, Virginia.) 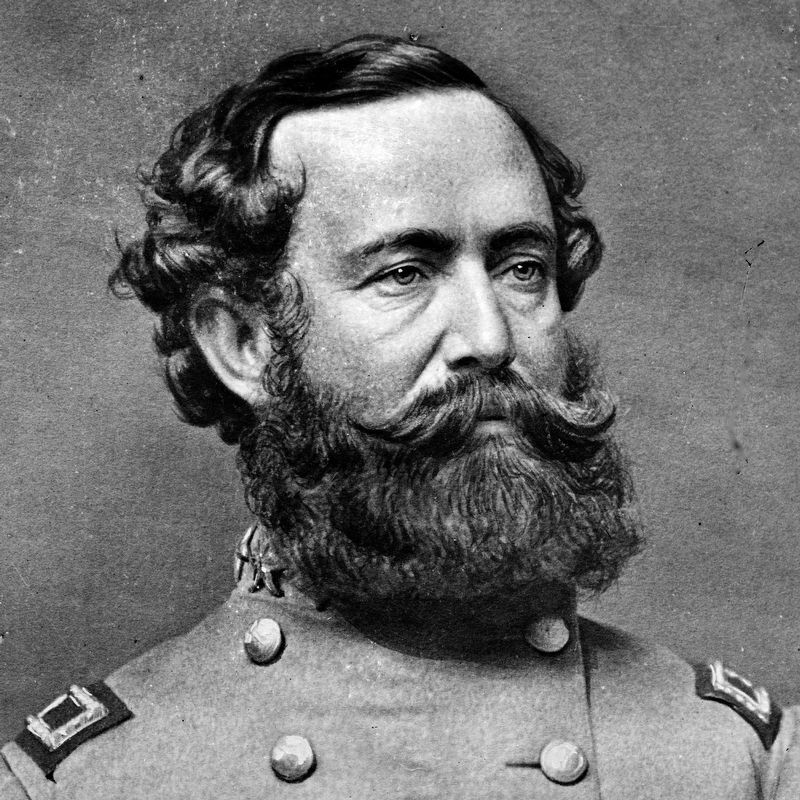