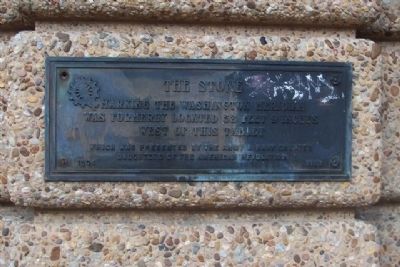 The stone marking the Washington Meridian was formerly located 52 feet, nine inches west of this tablet which was presented by the Army and Navy Chapter, Daughters of the American Revolution.

Erected by Army and Navy Chapter, Daughters of the American Revolution.

Topics and series. This historical marker is listed in these topic lists: Communications • Environment • Roads & Vehicles. In addition, it is included in the Daughters of the American Revolution series list.

Location. Marker has been reported missing. It was located near 38° 55.293′ N, 77° 2.18′ W. Marker was in Columbia Heights in Washington, District of Columbia. Marker could be reached from 16th Street Northwest north of Crescent Place Northwest, on the right when traveling north. Marker is on the retaining wall near stairs leading up to Meridian Hill/Malcolm X Park. Touch for map. Marker was at or near this postal address: 2420 16th Street Northwest, Washington DC 20009, United States of America. Touch for directions.

Other nearby markers. At least 8 other markers are within walking distance of this location. Art for the People (a few steps from this marker); The Envoy (within shouting 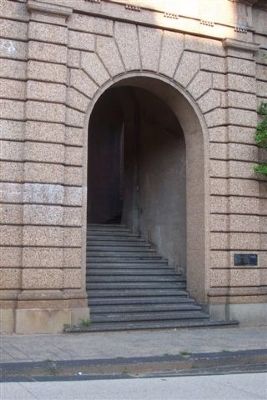 More about this marker. The original "stone," a small freestone obelisk placed in 1804, marked the northern end of 16th Street, NW, at Meridian Hill. This point was directly north of the White House on the so-called Washington or "White House" Meridian, the established east-west longitudinal divide and official starting point for U.S. map makers prior to 1884. In the early 1900s, 16th Street was extended northward, and the stone was lost. 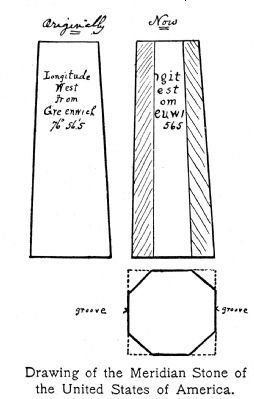 By Allen C. Browne
3. Drawing of the Meridian Stone
Alice Morse Earle in her 1902 book Sundials and Roses describes the fate of the stone that marked the 16th street meridian at Meridian Hill: "The true meridian stone, set in 1804, stood where placed until sometime in the (eighteen) seventies, when Meridian Hill was graded down. The stone was carried to the District building and thrown in a rubbish heap. Later, when Lieutenant Hoxie was on duty, it was sent to the Reform School and set up as a hitching post." She provided this drawing of the stone.
Minor at its eastern elongation, and continuing the vertical circle to the ground, he determined the bearing, in line of which on very low stand was placed one of Argand's lamps covered by a tin cylinder, in which a small slit was made for a sight, and the line from the light toward the instrument was drawn upon the stand. This stand was located on the northern side of I Street at the intersection of Sixteenth street. Turning back toward the west with the transit through the horizontal angle formed by the eastern elongation and the upper culmination of Polaris, a point was found on top of a hill nearly two miles due north of the president's house, on the lands of Mr. Robert Peter. This line was temporarily marked with wooden posts and later, with Mr. Peter's permission, a small obelisk of freestone was placed so that its apex was in the true meridian from the center of the north door of the President's house. From this survey the names 'Meridian Hill' and 'Meridian Park' were derived."
— Submitted March 16, 2013, by Allen C. Browne of Silver Spring, Maryland. 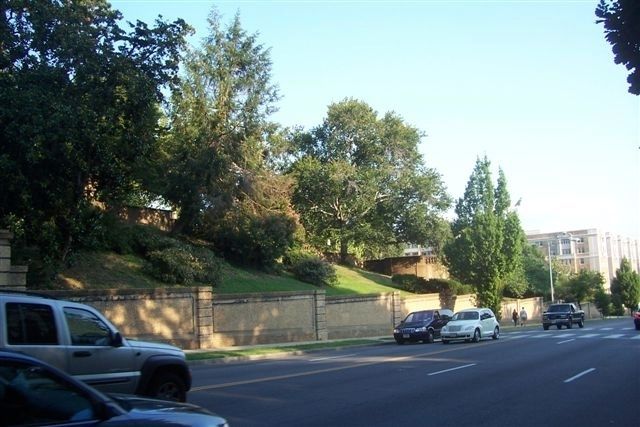 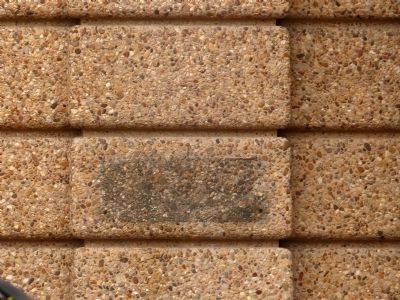 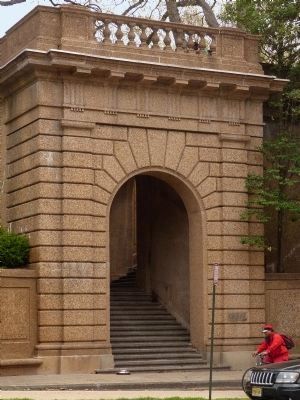