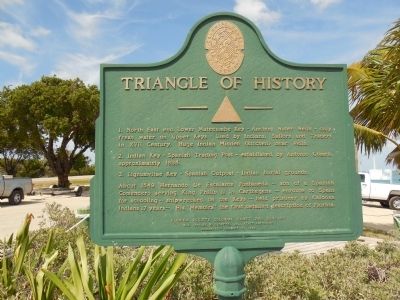 About 1549 Hernando De Escalante Fontaneda - son of a Spanish Comendero serving King Philip II in Carthegena - enroute to Spain for schooling - shipwrecked on the Keys - held prisoner by Caloosa Indians 17 years - His "Memoirs" the first detailed description of Florida.

Topics and series. This historical marker is listed in these topic lists: Cemeteries & Burial Sites • Exploration • Native Americans • Waterways & Vessels. In addition, it is included in the The Colonial Dames XVII Century, National Society series list. A significant historical year for this entry is 1695. 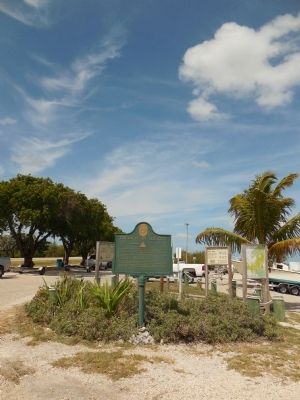 Click or scan to see
this page online
W. Marker is in Islamorada, Florida, in Monroe County. Marker is on Overseas Highway (at milepost 79), on the right when traveling south. Just south of Upper Matecumbe Key bridge. Touch for map. Marker is in this post office area: Islamorada FL 33036, United States of America. Touch for directions. 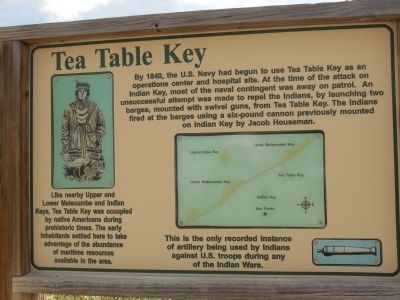 Photographed By Marsha A. Matson, May 28, 2015
3. Tea Table Key
Like nearby Upper and Lower Matecumbe and Indian Keys, Tea Table Key was occupied by native Americans during prehistoric times. The early inhabitants settled here to take advantage of the abundance of maritime resources available in the area. In 1840, the U.S. Navy had begun to use Tea Table Key as an operations enter and hospital site. At the time of the attack on Indian Key, most of the naval contingent was away on patrol. An unsuccessful attempt was made to repel the Indians by launching two barges, mounted with swivel guns, from Tea Table Key. The Indians fired at the barges using a six-pound cannon previously mounted on Indian Key by Jacob Houseman. This is the only recorded instance of artillery being used by Indians against U.S. troops during any of the Indian Wars. 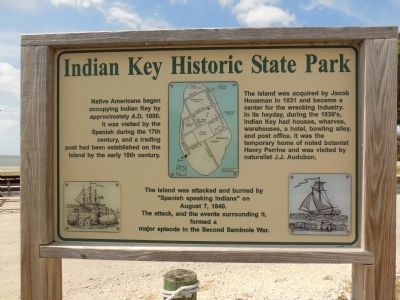 Photographed By Marsha A. Matson, May 28, 2015
4. Indian Key Historic State Park
Native Americans began occupying Indian Key by approximately A.D. 1000. It was visited by the Spanish during the 17th century, and a trading post had been established on the island by the early 19th century. The island was acquired by Jacob Housman in 1831 and became a center for the wrecking industry. In its heyday, during the 1830's, Indian Key had houses, wharves, warehouses, a hotel, bowling alley, and post office. It was the temporary homes of noted botanist Henry Perrine and was visited by naturalist J.J. Audubon. The island was attacked and burned by "Spanish speaking Indians" on August 7, 1840. The attack, and the events surrounding it, formed a major episode in the Second Seminole War. 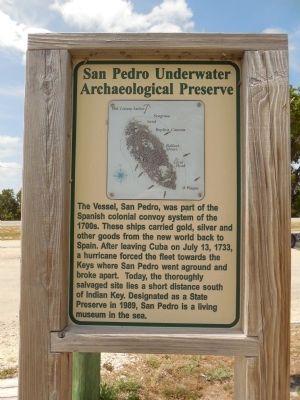 Photographed By Marsha A. Matson, May 28, 2015
5. San Pedro Underwater Archaeological Preserve
The Vessel, San Pedro, was part of the Spanish colonial convoy system of the 1700s. These ships carried gold, silver and other goods from the new world back to Spain. After leaving Cuba on July 13, 1733, a hurricane forced the fleet towards the Keys where San Pedro went aground and broke apart. Today, the thoroughly salvaged site lies a short distance south of Indian Key. Designated as a State Preserve in 1989, San Pedro is a living museum in the sea. 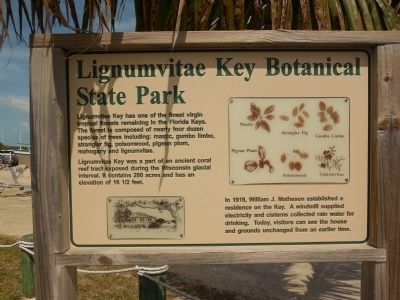 Photographed By Marsha A. Matson, May 28, 2015
6. Lignumvitae Key Botanical State Park
Lignumvitae Key has one of the finest virgin tropical forests remaining in the Florida Keys. The forest is composed of nearly four dozen species of trees including: mastic, gumbo limbo, strangler fig, poisonwood, pigeon plum, mahogany and lignumvitae. Lignumvitae Key was part of an ancient coral reef tract exposed during the Wisconsin glacial interval. It contains 280 acres and has an elevation of 16 1/2 feet. In 1919, William Matheson established a residence on the Key. A windmill supplied electricity and cisterns collected rainwater for drinking. Today, visitors can see the house and grounds unchanged from an earlier time. 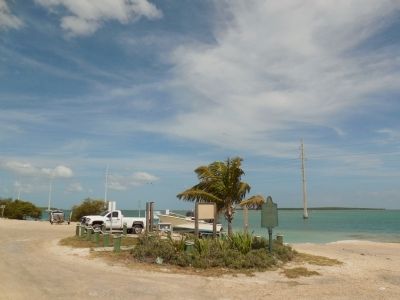 Photographed By Marsha A. Matson, May 28, 2015
7. Lignumvitae Key in distance 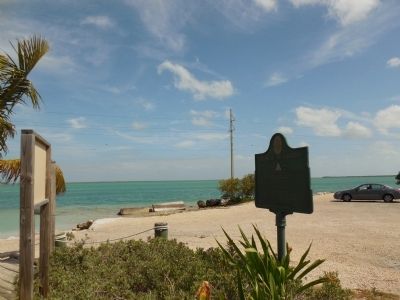