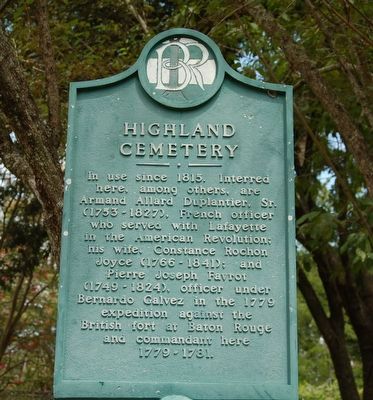 September 4, 2010
1. Highland Cemetery Marker
Inscription.
Highland Cemetery. . In use since 1815. Interred here, among others, are Armand Allard Duplantier, Sr. (1753-1827), French officer who served with Lafayette in the American Revolution; his wife, Constance Rochon Joyce (1766-1841); and Pierre Joseph Favrot (1749-1824), officer under Bernardo Galvez in the 1779 expedition against the British fort at Baton Rouge and commandant here 1779-1781. . This historical marker was erected by City of Baton Rouge. It is in Baton Rouge in East Baton Rouge Parish Louisiana

Topics. This historical marker is listed in these topic lists: Cemeteries & Burial Sites • Colonial Era • War, US Revolutionary. A significant historical year for this entry is 1815. 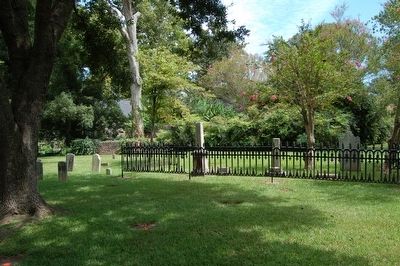 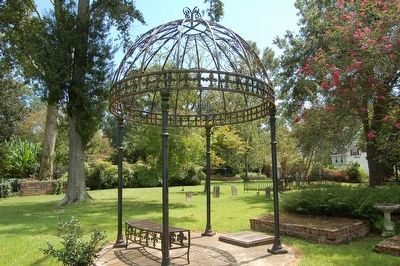