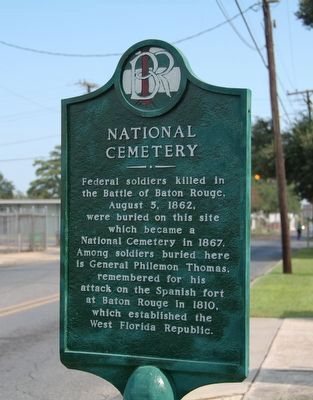 Federal soldiers killed in the Battle of Baton Rouge, August 5, 1862, were buried on this site which became a National Cemetery in 1867. Among soldiers buried here is General Philemon Thomas, remembered for his attack on the Spanish fort at Baton Rouge in 1810, which established the West Florida Republic.

Topics and series. This historical marker is listed in these topic lists: Cemeteries & Burial Sites • War, US Civil. In addition, it is included in the National Cemeteries series list. 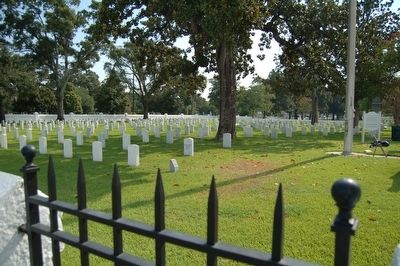 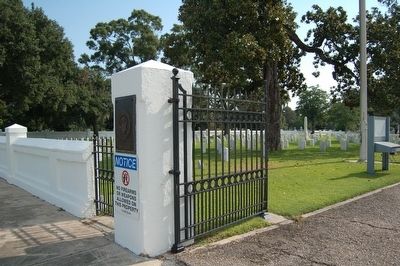 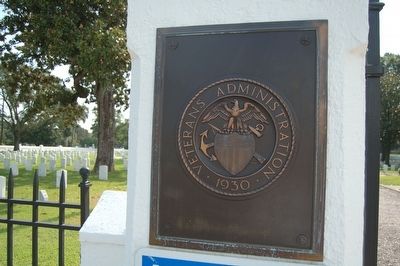