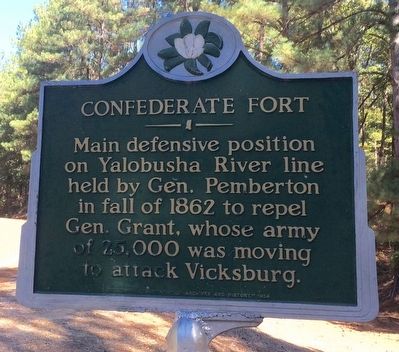 Photographed By Mark Hilton, October 18, 2015
1. Confederate Fort Marker
Inscription.
Confederate Fort. . Main defensive position on Yalobusha River line held by Gen. Pemberton in fall of 1862 to repel Gen. Grant, whose army of 25,000 was moving to attack Vicksburg. . This historical marker was erected in 1954 by Mississippi Department of Archives and History. It is in Grenada in Grenada County Mississippi

Main defensive position on Yalobusha River line held by Gen. Pemberton in fall of 1862 to repel Gen. Grant, whose army of 25,000 was moving to attack Vicksburg.

Erected 1954 by Mississippi Department of Archives and History.

Topics and series. This historical marker is listed in these topic lists: War, US Civil • Waterways & Vessels. In addition, it is included in the Former U.S. Presidents: #18 Ulysses S. Grant, and the Mississippi State Historical Marker Program series lists. A significant historical year for this entry is 1862. 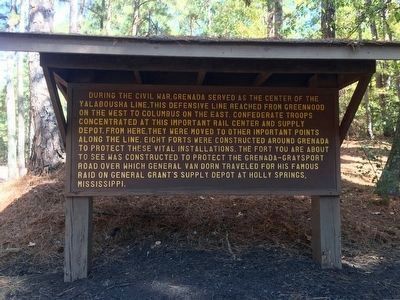 Photographed By Mark Hilton, October 18, 2015
2. Reasons for Confederate Forts on nearby sign.
During the Civil War, Grenada served as the center of the Yalabousha Line. This defensive line reached from Greenwood on the west to Columbus on the east. Confederate troops concentrated at this important rail center and supply depot. From here, they were moved to other important points along the line. Eight forts were constructed around Grenada to protect these vital installations. The fort you are bout to see was constructed to protect the Grenada - Graysport Road over which General Van Dorn traveled for his famous raid on General Grant’s supply depot at Holly Springs, Mississippi.

Regarding Confederate Fort. Two forts were built in anticipation of a battle being fought on the Yalobusha River when General Grant was advancing down the Mississippi Central Railroad. They can be viewed and markers are present to show sonic interpretations of the fort sites. Five other Civil War Forts exist on private property. One fort has been restored while the others remain in its natural condition.

The City of Grenada served as a vital rail center and supply depot during the American Civil War. Following the Union victories at Shiloh in Tennessee and Corinth in northeast Mississippi, General John C. Pemberton, commanding the Confederate forces, established a strong defensive line, known as the Yalobusha Line, along the railroad that ran from Greenwood, Mississippi to Columbus, Mississippi. Pemberton used the Yalobusha Line to block Union General 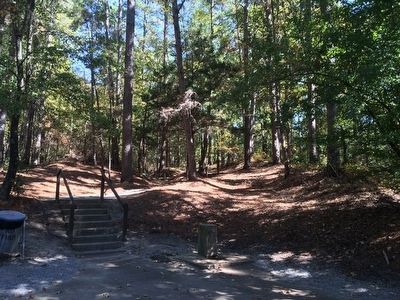 Photographed By Mark Hilton, October 18, 2015
3. Confederate Fort area.
Ulysses S. Grant’s attempt to capture Vicksburg, Mississippi, by way of the Mississippi Central Railroad. During the winter of 1862 more than 22,000 Confederate Troops were stationed in and around Grenada, Mississippi. These troops constructed eight forts to protect this strategic rail center.

If it were not for the success of Confederate General Earl Van Dorn’s infamous Confederate Calvary Raid on Grant’s Supply Depot in Holly Springs, Mississippi, a major Civil War Battle most certainly would have taken place at Grenada. 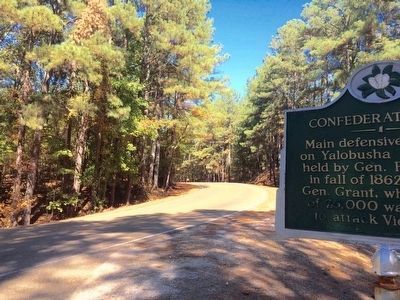 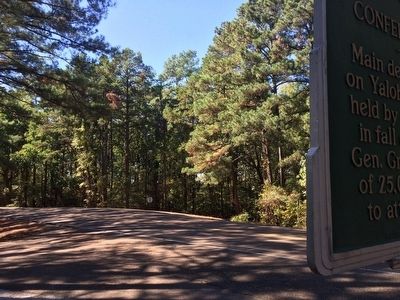