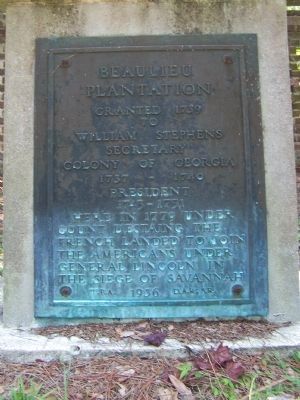 Topics and series. This historical marker is listed in these topic lists: Colonial Era • Landmarks • Notable Places • Settlements & Settlers • War, US Revolutionary. In addition, it is included in the Daughters of the American Revolution (DAR), and the Works Progress Administration (WPA) projects series lists. A significant historical year for this entry is 1739.

Location. 31° 56.064′ N, 81° 6.719′ W. Marker is in Savannah, Georgia, in Chatham County. Marker is on Beaulieu Avenue near Butler Street. The plantation is not open to the public. Touch for map. Marker is in this post office area: Savannah GA 31406, United States of America. Touch for directions.

Other nearby markers. At least 8 other markers are within 3 miles of this marker, measured as the crow flies. Site of Colonial Shipyard (approx. 0.6 miles away); Pin Point Community 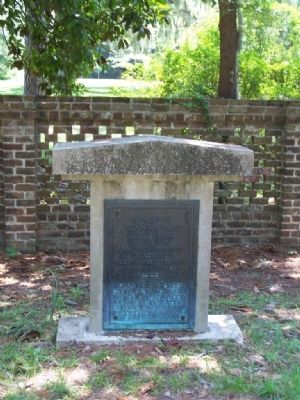 Regarding Beaulieu Plantation. The Battle of the Siege of Savannah
Vice-Admiral Charles-Henri d'Estaing had sailed from San Domingo in the West Indies in August; his French troops had been disembarked in September at Beaulieu Plantation on the Vernon River, fourteen miles south of Savannah, and at Bonaventure and Greenwich Plantations on St. Augustine Creek near Thunderbolt, three and one-half miles east of Savannah. When the invading French, who had been joined by American militia, formed a half-circle around the British Savannah on September 15, the French-American forces numbered about 5500. Within the city, the British forces were approximately 2630 of which 200 were armed Negros and 80 Creek and Cherokee Indians. When the battle ended at Spring Hill that October 9th morning, 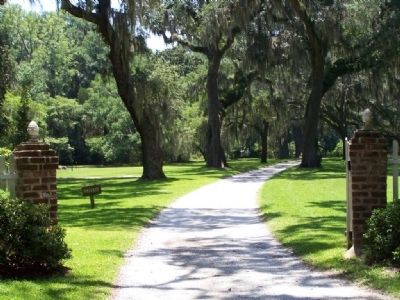 Photographed By Mike Stroud, 2008
3. Beaulieu Plantation Marker
Beaulieu Plantation: This tree-lined drive marks the entrance to Beaulieu Plantation, the estate of William Stephens, who came to Savannah in 1737 to serve as secretary of Trustee Georgia. Beaulieu was one of the leading river plantations, and Stephens experimented with grape and cotton cultivation.
333 British, French and American soldiers and 32 officers were dead; 377 lay wounded. The British had lost only three officers and fifteen soldiers. The dead were buried in a mass grave probably on the site of the present Savannah visitor's Center.