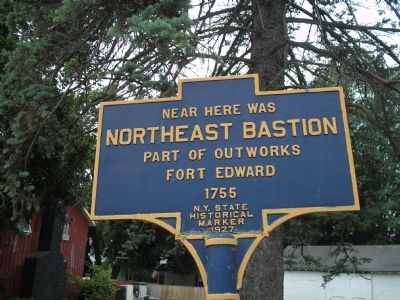 Near here was
Northeast Bastion
part of outworks
Fort Edward
1755

Topics. This historical marker is listed in these topic lists: Colonial Era • Forts and Castles • Military • War, French and Indian • War, US Revolutionary. A significant historical year for this entry is 1755. 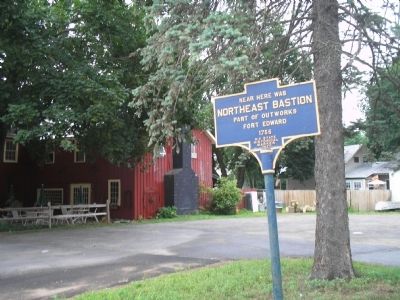 Photographed By Bill Coughlin, July 13, 2008
2. Fort Edward Marker
Fort Edward was the last of three forts built in this area, dating back to 1709. 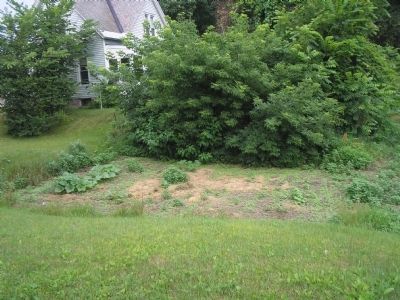 Photographed By Bill Coughlin, July 13, 2008
3. Old Moat of Fort Edward
These are the remains of the old moat that was part of the outworks of Fort Edward. They are located a short distance from the marker. 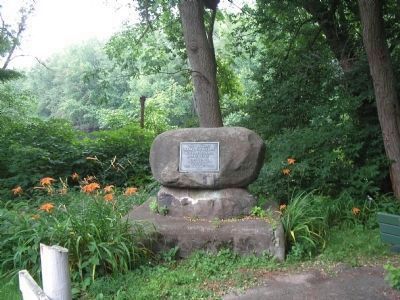