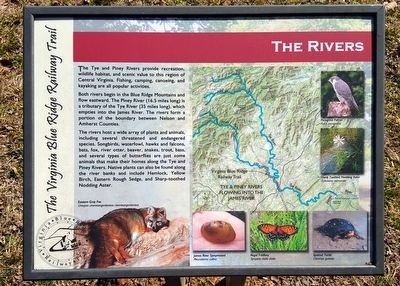 The Tye and Piney Rivers provide recreation, wildlife habitat, and scenic value to this region of Central Virginia. Fishing, camping, canoeing, and kayaking are all popular activities.

Both rivers begin in the Blue Ridge Mountains and ﬂow eastward. The Piney River (16.5 miles long) is a tributary of the Tye River (35 miles long), which empties into the James River. The rivers form a portion of the boundary between Nelson and Amherst Counties.

The rivers host a wide array of plants and animals, including several threatened and endangered species. Songbirds, waterfowl, hawks and falcons, bats, fox, river otter, beaver, snakes, trout, bass, and several types of butterﬂies are just some animals that make their homes along the Tye and Piney Rivers. Native plants can also be found along the river banks and include Hemlock, Yellow Birch, Eastern Rough Sedge, and Sharp-toothed Nodding Aster. 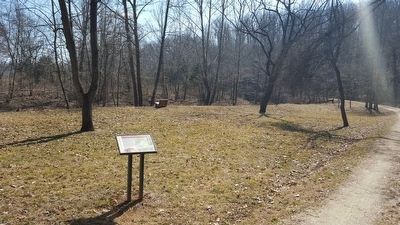