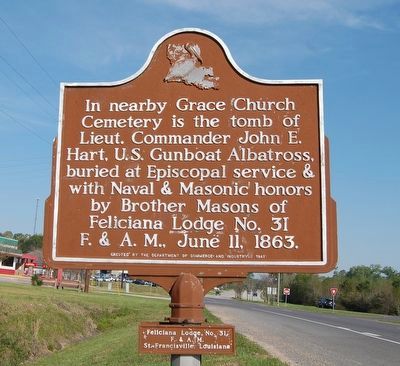 Erected 1961 by Department of Commerce and Industry.

Topics. This historical marker is listed in these topic lists: Cemeteries & Burial Sites • Fraternal or Sororal Organizations • War, US Civil • Waterways & Vessels. A significant historical date for this entry is June 11, 1863.

Other nearby markers. At least 8 other markers are within 2 miles of this marker, measured as the crow flies. Rosedown Plantation (approx. 0.3 miles away); Grace Episcopal Church (approx. one mile away); British West Florida (approx. 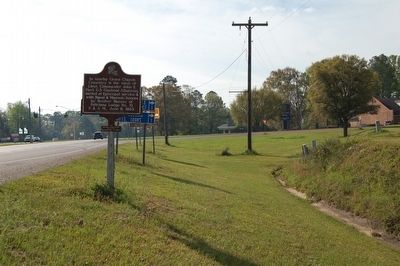 Regarding Lt. Commander John E. Hart. Every year, a festival is held to commemorate the actions from this marker called "The Day The War Stopped". 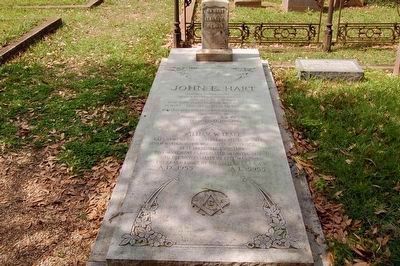 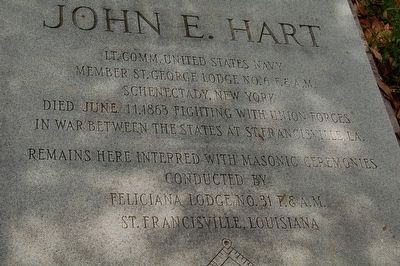 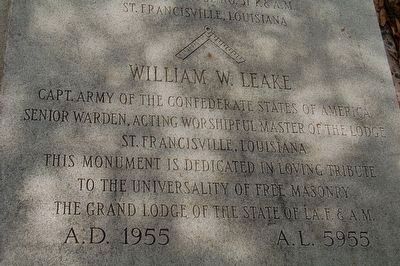