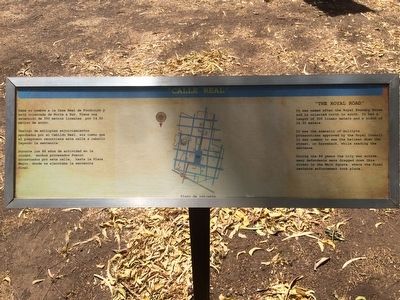 English:
"The Royal Road"
It was named after the Royal Foundry House and is oriented north to south. It has a length of 300 linear meters and a width of 14.50 metros.
It was the scenario of multiple prosecutions approved by the Royal Council. It was common to see the bellman down the street, on horseback, while reading the sentence.
During the 86 years the city was active, many defendants were dragged down this street to the Main Square, where the final sentence enforcement took place.

Topics. This historical marker is listed in these topic lists: Hispanic Americans 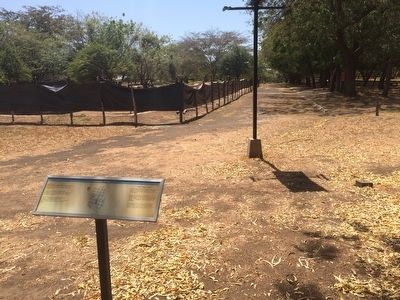 Photographed By J. Makali Bruton, February 15, 2016
2. "The Royal Road" Marker
The Royal Road is seen here in the background.

Click or scan to see
this page online
• Man-Made Features.